Winnie The Pooh Characters, Sorted Into Hogwarts Houses By Reddit 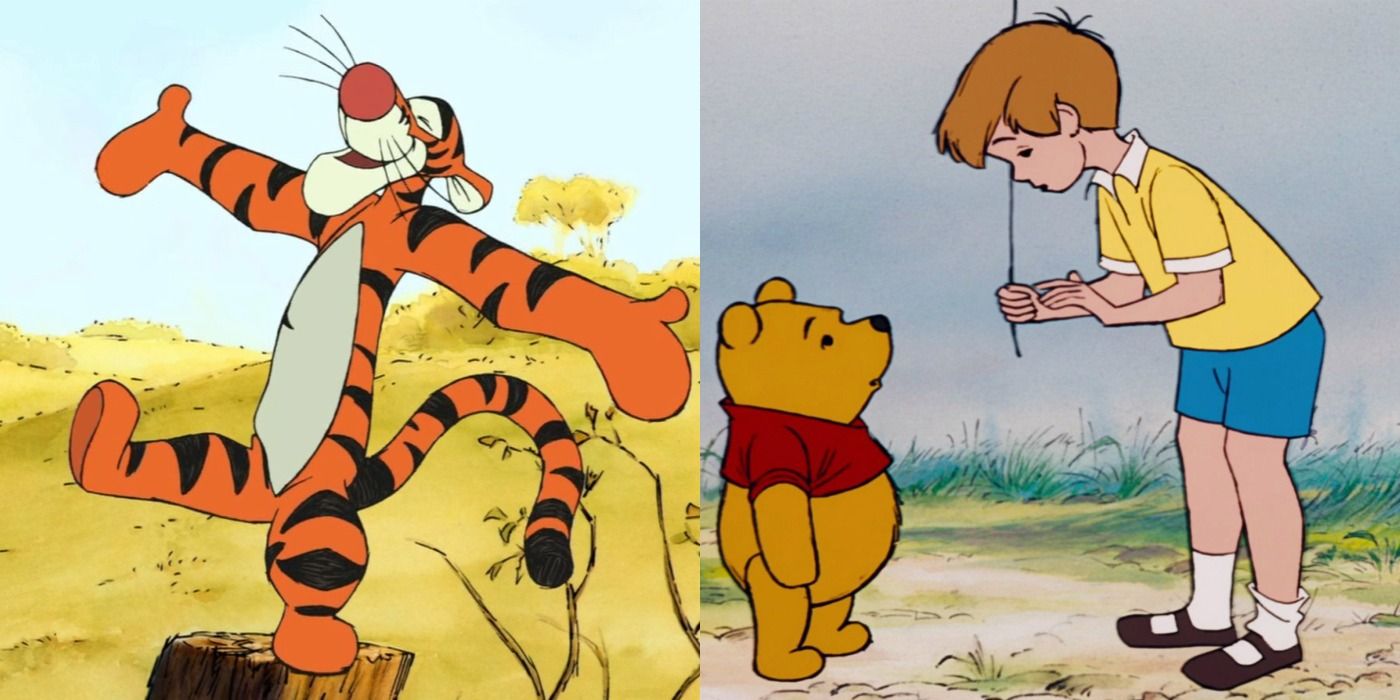 
As of January 2022, Winnie the Pooh is in the public domain, free to be used by anyone. Adapted from A. A. Milne’s children’s books, Pooh Bear and his pals have been the focus of several movies and shows throughout the years. The franchise is praised for many things, but the set of characters it features is undoubtedly what makes it so beloved by people of all ages.

It has always been fun to assign Hogwarts Houses to characters from any fan-favorite series. Ergo, it’s no great surprise that several Reddit users join together on a thread and analyze Winnie the Pooh, coming to their own various magical conclusions about who belongs to which House.

Pooh Bear is known for his love of ‘Hunny’ and his willingness to do anything to get more in his tummy. The titular character also loves his friends and has a terrible fear of Heffalumps. He is often the focal point of the films, enjoyable to watch, and easy for audiences to relate to.

Most Redditors agree that Pooh would be assigned to the Hufflepuff House. KingBlackFrost puts it simply. “He’s just too pure and loyal and values friendship above everything.” Ckoocos agrees, saying of Pooh and Piglet, “these two are such pure characters.” Grixit takes a different approach. Instead, he gives Pooh a character arc in the Wizarding World. They suggest Pooh “didn’t get [into Hogwarts, he] assists Hagrid in Care of Magical Creatures, especially Heffalumps.”

Christopher Robin has been assigned to Gryffindor House by the Reddit users on this thread. Joining the likes of Harry, Ron, and Hermoine, Christopher is known for his loyalty to his friends. Grixit points out that this House is right for Christopher because he’s a “natural leader,” similar to characters such as McGonagall and Dumbledore who hold high positions of authority in the Harry Potter franchise. KingBlackFrost also weighs in, saying, “I mean he’s definitely brave. Main characters tend to be Gryffindors.”

Piglet is known for being shy and worrisome and loyal to his friends. Several audience members can relate to Piglet when it comes to his anxiety and fears over often the tiniest things. He may be small and scared, but he will help his friends in his own way if need be, making the character enjoyable to watch and easy to root for.

As thenagel says, “Piglet is hard to place. He is shy, timid, not all that smart, he cares, but he mostly just follows along.” The Redditor decides that Piglet is a Hufflepuff and Grixit agrees, because he “just wants to be helpful.” KingBlackFrost, however, gives a good argument for Gryffindor. “Piglet is the Neville of the Pooh series. He values bravery, even if he’s not very brave himself sometimes.”

The wonderful thing about Tiggers is Tiggers are wonderful things, and this character is about as energetic and jumbled as that sentence. Tigger has a literal bounce in his step. He loves to play, sometimes to the dismay of Rabbit who often finds him overwhelming. The character is so beloved by viewers, that he got his own movie in 2000–one of the best Winnie The Pooh properties.

Reddit users assign Tigger to Gryffindor House. Thenagel credits this decision to Tigger’s personality as he’s “brave, full of adventure and fun.” As Ckoocos brings up, Tigger is “too brave to the point of being reckless at times.” This is similar to Fred and George in Harry Potter, as they often get in trouble for their wild antics and pranks. Maybe, they’d get along!

Rabbit is a very complex character. He likes to be in control and gets upset when something gets in the way of his plans. He seems to believe he is the leader and the one who knows best among the group. Rabbit doesn’t particularly like change unless it can directly benefit him. Despite these traits, he is a good friend who is there when he needs to be.

Rabbit has been assigned to Slytherin House. KingBlackFrost believes Rabbit belongs among the likes of Draco, Crabbe, and Goyle because he’s “crafty and a little ambitious.” Ckooces observes Rabbit is “sly at times, especially when hiding his jars of honey from Pooh.” As shown in Harry Potter, Slytherins get a bad rap. Rabbit is not all bad though, and arguably, neither is Draco or Snape.

Owl is not the most prominent character to date. He doesn’t appear in many of the movies and shows despite being a main character in the children’s books the show is adapted from. He is remembered as the wise owl and someone the gang often turns to when they have important questions. Owl doesn’t know everything though he likes to come off as such. Even so, he has wisdom the others don’t, and he’s willing to share it.

It may come as no surprise that Reddit users have assigned Owl to Ravenclaw House. KingBlackFrost even writes out “Ravenclaw, obviously” to express there was never a question as to what House he’d belong to. Grixit takes it a step further, referring to Owl as an “honorary Ravenclaw, visiting Professor of Endless Drivel.” His sense of self-righteousness can be compared to Gilderoy Lockhart in the Wizarding World, as he wants to be seen as the smartest person in the room.

Like Owl, Kanga isn’t in all of the films or shows. When she does appear, however, her maternal presence is clear. She serves as a protector to not just her kid, but the others as well. She’s immediately accepting of differences and change. She loves her friends and despite her heightened maturity, she still manages to have some fun.

Most Reddit users in the thread indicate Kanga is a Hufflepuff. Thenagel cites that Kanga “loves everyone, wants everyone to be safe and happy.” KingBlackFrost agrees and likens her to an important character in the Harry Potter universe. “She’s basically how I imagine Helga Hufflepuff was.” Grixit expresses confidence in Kanga’s abilities, believing she would make a fantastic Minister of Magic.

A donkey named Eeyore is Christopher Robin’s friend. He is often portrayed to be quiet and grumpy, but audiences love his character and relate to his pessimism. While his dialogue tends to be full of self-deprecation and hopelessness, there is more to him than that. He also offers words of advice, inspiration, and wisdom.

Reddit users have appointed Eeyore to Ravenclaw House. KingBlackFrost notes that Eeyore’s “wisdom is pretty insightful. I think he values friendship, but not enough to be a Hufflepuff.” On the other hand, Grixit jokes that Eeyore would be a great Dementor in the Wizarding World. If Winnie the Pooh did remakes and crossovers similar to The Muppets, this might be plausible, however, as it has been determined, Eeyore is a Ravenclaw.

Roo, Kanga’s little joey and the youngest of the gang, is bright and energetic. He loves to have fun with his friends, especially Tigger, as they both have a carefree attitude and enjoy jumping around. Roo is more present in the franchise than his mother because he is eager to join in on any adventure the group embarks on.

Because of his personality and likeness to Tigger, Roo has been assigned to Gryffindor House. Thenagel describes Roo as “brave, fun, [and having a] sense of wonder and adventure.” He values bravery and craves the excitement of trying new things. Roo is still young—and will probably never get older—but it seems clear he has come to his own and formed his own way of thinking synonymous with Gryffindor’s values.

Elizabeth Lemieux graduated from SNHU with a BA in Communication. She enjoys writing, reading, and binge-watching her favorite TV shows and movies.