Where Was Francesca Throughout Bridgerton Season 1? 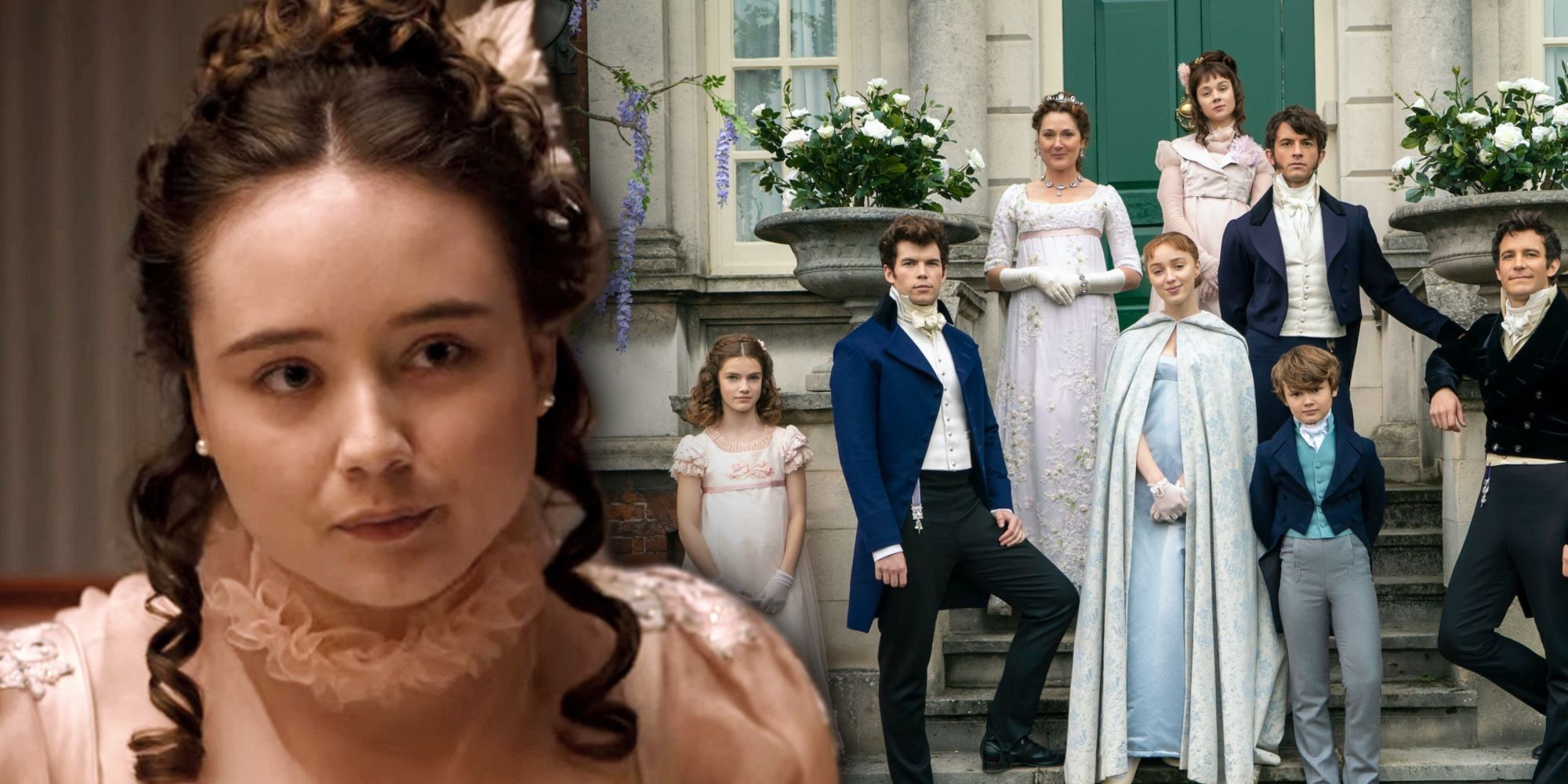 
Francesca Bridgerton, played by Ruby Stokes, is the only Bridgerton sibling who is inexplicably missing from most of Bridgerton. Here’s why.

Bridgerton seasons 1 and 2 regularly featured all of the Bridgerton siblings except Francesca, who is noticeably absent — here’s why. Francesca is the second youngest of the Bridgerton siblings, so many find it odd that she’s not at home more often with the rest of the younger ones. Not many explanations are offered in the wake of Francesca’s absence, other than that she is simply “away.” She is around a lot more in the books, with the sixth being her own story, though most of her minor storylines aren’t present in Bridgerton. This occurs through seasons 1 and 2, prompting people to ask, where exactly is Francesca when she’s “away?”

The Bridgerton series on Netflix is based on a set of romance novels by Julia Quinn. Each book tells the love story of a different Bridgerton sibling – of which there are eight, and they’re all alphabetically named. Francesca, therefore, is the sixth Bridgerton child and the younger sister of Daphne, who is the main focus, along with Simon Basset, the Duke of Hastings, in Bridgerton’s first season. Bridgerton season 2 focuses on Anthony Bridgerton and his burgeoning love affair with Kate Sharma.

Though Daphne is the fourth Bridgerton child, her story is told in the first book of the Bridgerton series, The Duke and I. Unsurprisingly, the Netflix show changed several details from The Duke and I. Still, it seems like a logical place to start the show as it’s the first book in the series. The show continues to follow the order of the books, giving each its own season. Bridgerton season 2 is based on The Viscount Who Loved Me, the second book in the series, and chronicles the eldest child in his quest for love. Francesca would star in season 6, which would be based on the book When He Was Wicked. That’s potentially a long time to wait before getting to know Francesca on-screen since she hardly appears in seasons 1 and 2.

Where Was Francesca During Bridgerton Season 1?

In the Bridgerton season 1 finale, “After the Rain,” it’s noted that Francesca has spent most of her time that year in Bath. Lady Bridgerton receives a letter from Aunt Winnie saying that Francesca will return home soon. Francesca was likely spending time with extended family, possibly for educational purposes, not unlike Marina Thompson. The latter has been sent into town by her own family to live with the Featheringtons (though for entirely different reasons). Francesca appears only briefly in season 1, but the showrunners may have had other (more practical) reasons for keeping Francesca out of the spotlight.

Is Francesca Bridgerton In Season 2?

Despite being at home with the family, Francesca Bridgerton is largely absent from Bridgerton season 2. Rather than explain the character’s absence, showrunners decided it best to place her in scenes where the whole family is gathered and nowhere else. She only appeared in 3 episodes of Bridgerton season 2, a scant one more than her previous season run. In her final episode, she traveled to Aubrey Hall with her family, and then promptly disappeared. Given that she’s a much more present figure in the Bridgerton books, her storylines being scrapped for the series don’t make much sense. In reality, it has little to do with the show itself, but instead, with actress Ruby Stokes.

Ruby Stokes had to pull out of Bridgerton season 2 due to previous acting engagements with another Netflix series. She is being recast with Anatomy of a Scandal‘s Hannah Dodd. Some had previously speculated that Francesca’s absence could be explained by the possibility that she would be recast in future seasons. Considering that the stories of the Bridgerton children as told in Julia Quinn’s novels occur when they are adults, it’s reasonable to expect that several of the younger Bridgertons would be recast. Ruby Stokes, the actress who plays Francesca, is not much younger than Phoebe Dynevor (the actress who plays Daphne Bridgerton). However, she was recast due to outside commitments.

Who Does Francesca Bridgerton Marry In The Books?

Francesca Bridgerton’s story should occur during Bridgerton season 6, just after Eloise’s. In the series, Francesca eventually marries a man named Michael Stirling. Stirling is the 9th Earl of Kilmartin, and the two end up siring two children together. Michael is said to be a sly playboy, but his cool unravels once he lays eyes upon Francesca Bridgerton. The snag is that they meet at a dinner celebrating her upcoming marriage to his cousin. He tries to keep his feelings for her a secret but ultimately fails.

Francesca has been described as a more mysterious and enigmatic Bridgerton than her other siblings, so it’s also fitting that Bridgerton would maintain some mystery around her character. Still, it’s surprising that Francesca wasn’t included in season 1 and was jarringly absent from season 2. However, with her recast, more of Francesca’s story should be revealed in Bridgerton season 3. Fans of Julia Quinn’s Bridgerton novels are eager to see Francesca’s story told and hope to see more of her in the future.

Next: How Bridgerton Season 2 Sets Up Benedict’s Story For Season 3

Caroline Fox is a freelance writer with a lifelong passion for writing and a BA in history. She lives in the Pacific Northwest and enjoys gardening, baking, and painting.