When Will Doctor Strange 2 Release On Disney+? 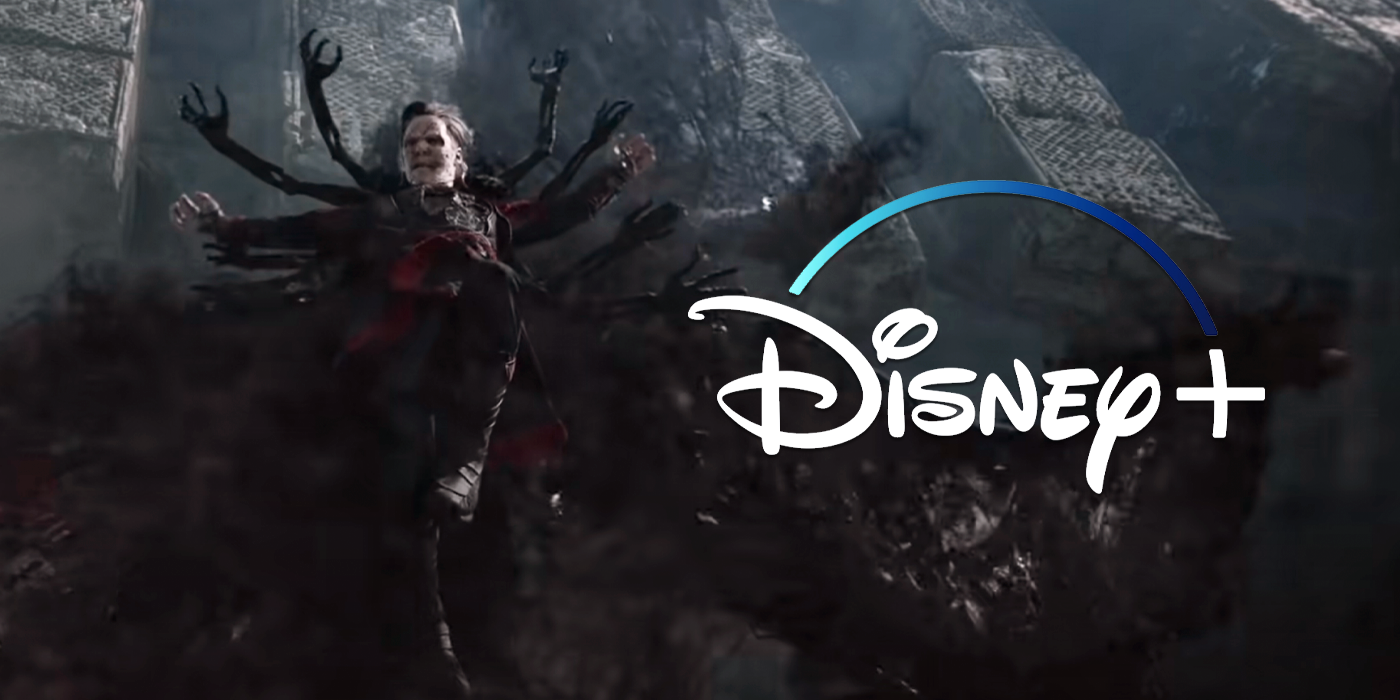 
Here’s a breakdown of when to expect Benedict Cumberbatch’s mind-bending adventure, Doctor Strange in the Multiverse of Madness, to stream on Disney+.

WARNING: The following contains SPOILERS for Doctor Strange in the Multiverse of Madness

Doctor Strange in the Multiverse of Madness hit theaters on May 6th, 2022 — prompting many to wonder when it will release on Disney+. The anticipation for Marvel Studios’ first film of the year was pure chaos, with rumors, theories, and leaks running rampant across the internet. While much of the premise for Doctor Strange 2 was discovered through some guesswork and a few trailer rewatches, the film still managed to surprise and delight, even throwing in some of Sam Raimi’s horror flair.

In Doctor Strange‘s sequel, the character has cast a forbidden spell that opens a doorway to the multiverse and unleashes a threat too great to handle on his own. With the help of Wong and the powerful America Chavez, he traversed the multiverse on a mind-bending and mystical journey. Wanda turned from hero to villain as she attempted to steal Chavez’s powers and find her children. It’s a genuinely scary, pretty messy, bonkers journey that produces some genuine shocks and surprises – but it’s only in theaters for now.

Doctor Strange in the Multiverse of Madness is not currently streaming on Disney+ but will release on the platform sometime later, as is custom with every Marvel Studios film since the streaming platform first launched in November of 2019. The only exception is Spider-Man: No Way Home, since Sony holds the rights to distribute all Spider-Man movies, so Disney+ could not stream it like its other MCU films. Audiences shouldn’t have to wait too long to watch Doctor Strange 2 (and its two post-credits scenes) in the comfort of their own home. However, nothing beats the theatrical experience and atmosphere of a Marvel Studio production.

How To Watch Doctor Strange In The Multiverse Of Madness: Is It Online?

Doctor Strange in the Multiverse of Madness released as a theatrical exclusive on May 6th, meaning there will be at least a 45-day window before audiences can view it online. However, if the movie continues to do well in theaters, that window could be even longer. For instance, Spider-Man: No Way Home’s Box Office success warranted a nearly 90-day exclusive theatrical run.

When Will Doctor Strange In The Multiverse Of Madness Be On Disney+?

What’s Next For The MCU (And Will Doctor Strange Be In It)?

The next movie to come out for MCU phase 4 will be Thor: Love and Thunder, which releases in theaters on July 8th, 2022. Thor 4 will follow the titular Norse God as he goes on a journey to find himself. After traversing the galaxy with the rest of the Guardians, he returns to Asgard — which now looks like a very different place. But based on Doctor Strange 2‘s ending, a Doctor Strange reappearance is unlikely – he’ll busy fixing a multiversal incursion he caused. While Thor initially swears off hero work, he is forced to once again don his cape and Stormbreaker to counter the new threat of Christian Bale’s Gorr the God Butcher. Gorr seeks to live up to his name by killing as many gods as possible after they abandoned his planet and left his family to die.

Related: Do The X-Men Exist In The Avengers Universe After Doctor Strange 2?

Like Sam Raimi’s Doctor Strange 2, Thor 4 introduces some new characters that pay specific homage to the Marvel comics. Thor’s goats, Toothgnasher and Toothgrinder, make their first appearance in the MCU. Jane Foster will also return, but this time she’s wielding a repaired Mjolnir and equipped with the power of Mighty Thor. Her return will no doubt throw the hero for a loop, as they haven’t seen each other for a long time in the main timeline. Doctor Strange 3 may be the next time that people get to see Stephen Strange. Until then, many will have to wait until Doctor Strange in the Multiverse of Madness releases on Disney+.

Want more Doctor Strange in the Multiverse of Madness articles? Check out our essential content below…