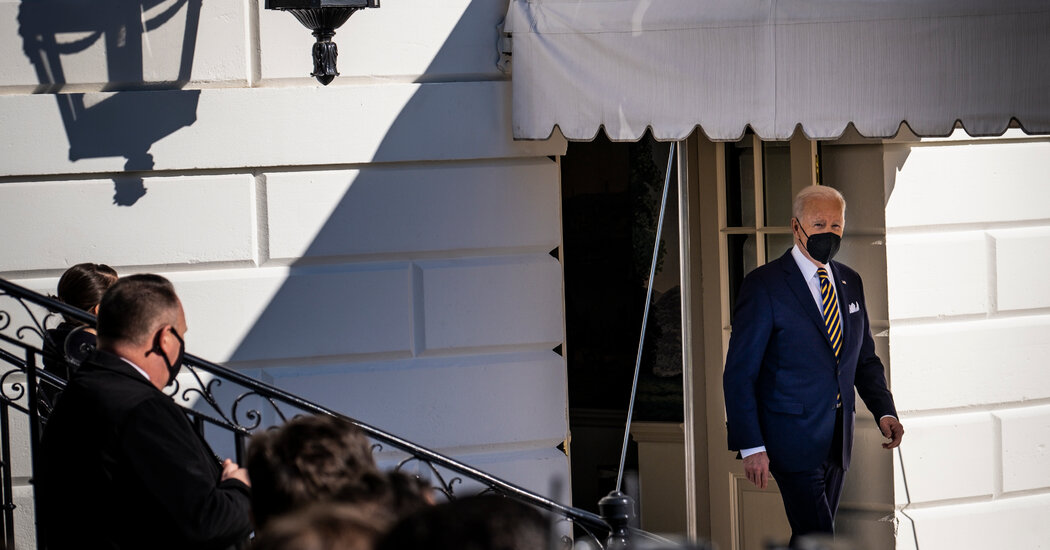 President Biden is traveling to Atlanta with Vice President Kamala Harris on Tuesday as part of a focused push to convince lawmakers and the public of the need to pass major voting rights legislation.

The president and vice president will make their case against the backdrop of celebrated landmarks in the civil rights movement, flanked by more than a dozen Democratic leaders, including many members of the Congressional Black Caucus.

In so doing, Mr. Biden will argue that their efforts are the next step in an ongoing struggle to secure equal access to the ballot, combating decades of racial prejudice and targeted voting restrictions.

Mr. Biden and Ms. Harris will begin the afternoon with visits to sites memorializing the life of the Rev. Dr. Martin Luther King Jr. They will be greeted upon arrival by Atlanta’s new mayor, Andre Dickens, and joined by the city’s former mayor, Keisha Lance Bottoms.

At 2:40 p.m., they will lay a wreath at Dr. King’s crypt and meet members of his family at the King Center for Nonviolent Social Change, followed by a 3 p.m. visit to Ebenezer Baptist Church, where Dr. King was baptized and ordained as a minister at 19.

The president will be traveling with a number of Black lawmakers from Georgia, including Senator Raphael Warnock and Representatives Sanford Bishop, Lucy McBath, Hank Johnson and Nikema Williams. Mr. Warnock, who won a tight runoff race for his Senate seat last year, has been the senior pastor of Ebenezer Baptist Church since 2005.

At 3:50 p.m., the president and vice president will deliver speeches at the Atlanta University Center Consortium, a group of four historically Black colleges and universities. In his speech, Mr. Biden is expected to endorse changing Senate rules in order to pass a pair of voting rights bills proposed by Democrats. The speeches will be streamed live on nytimes.com.

One of the bills is named in honor of Representative John Lewis, who represented the congressional district encompassing much of Atlanta, including the grounds where Mr. Biden will speak, for more than 30 years.

The day’s events are expected to draw civil rights leaders from around the country, including Derrick Johnson, the president and chief executive of the N.A.A.C.P.; the Rev. Al Sharpton; and the Rev. Jesse Jackson.

But while the White House has worked to secure as much support as possible for the president’s speech, leaders of many prominent voting rights and civil rights groups have declined to attend, citing frustration over a lack of meaningful progress on voting rights protections.