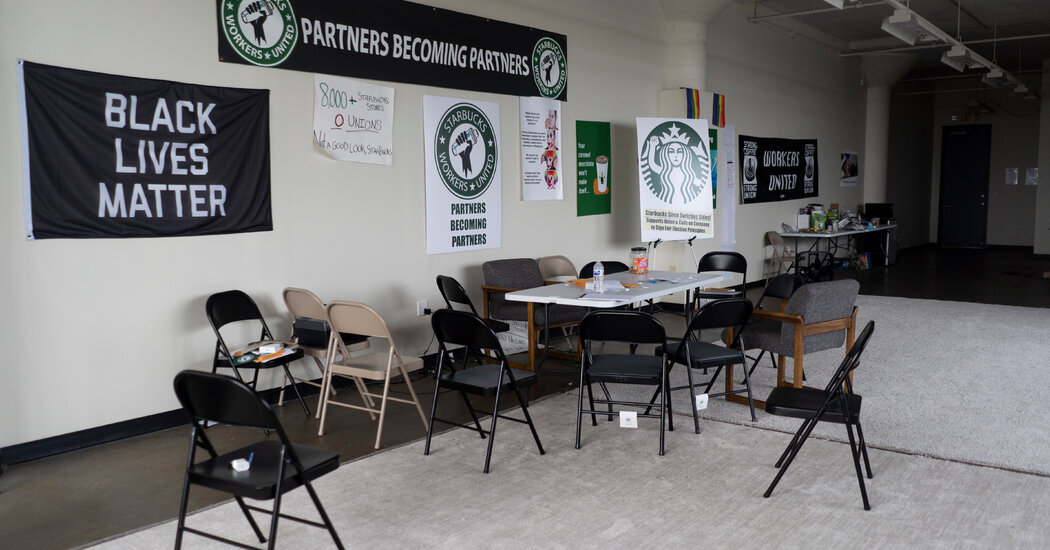 The National Labor Relations Board announced Monday that it had certified a victory for a union at a second Starbucks store in the Buffalo area, where votes were tallied in December but remained inconclusive as the union challenged the ballots of several employees it said did not work at the store.

The labor board declared the union the winner at another Buffalo-area store when it counted the votes on Dec. 9, and it declared that the union had lost at a third store.

The board agreed with the union that the challenged ballots should not count, giving the union a 15-to-9 win. None of the other roughly 9,000 company-operated Starbucks locations in the United States have a union.

Labor experts have said that establishing a second unionized store in the same market could provide a significant boost to the union, Starbucks Workers United. The union is part of Workers United, an affiliate of the giant Service Employees International Union.

Under U.S. labor law, employers are obligated to bargain in good faith with a union that has won an N.L.R.B. election, but they are not required to reach agreement on a contract. As a result, winning a contract often requires unions to apply economic pressure such as a work stoppage, something that a second store could make more potent.

The newly unionized store, near the Buffalo airport, filed for a union election in late August, along with the two other stores that voted in December. The union has formally objected to the outcome of the one election that it lost, and that objection is pending before the labor board.

Starbucks has 10 business days to request an appeal of the decision announced on Monday. If the request is denied, the result will become final. A company spokesman said that the company was evaluating whether or not to appeal and that it believed its employees’ voices should be heard.