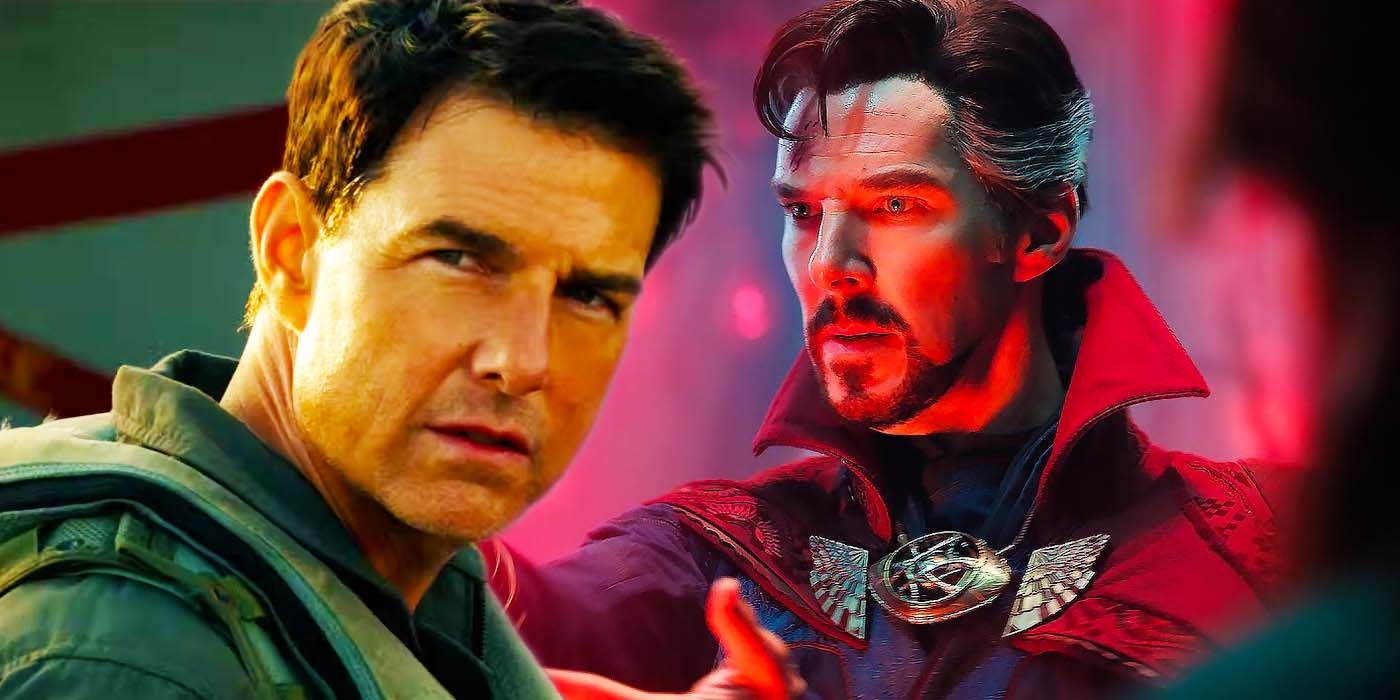 
Doctor Strange in the Multiverse of Madness was rumored to have a Tony Stark variant played by Tom Cruise, but the film ultimately didn’t include him.

Warning: Spoilers for Doctor Strange in the Multiverse of Madness.

There was much speculation that an Iron Man variant played by Tom Cruise would show up in Doctor Strange in the Multiverse of Madness, but this belief ultimately proved false, as no iteration of Tony Stark appeared. Despite Iron Man’s death in Avengers: Endgame and Robert Downey Jr.’s departure from the MCU franchise, his iteration of the classic Marvel superhero became the iconic face of Marvel Studious’ pop culture-dominating MCU. With this in mind, it was a mistake of Doctor Strange 2 to not include Iron Man in some form, as the multiverse offers infinite possibilities, meaning that Tom Cruise, who was offered the role of Iron Man at the start of the MCU, could have finally played an alternate version of Tony Stark in the multiverse-spanning film.

In addition to being the culmination of Doctor Strange’s characterization in all of his previous MCU appearances, Doctor Strange 2 also features Wanda Maximoff’s ultimate turn to villainy and the introduction of MCU newcomer America Chavez. The film also ties together other Marvel properties, such as the beloved X-Men: The Animated Series and 20th Century Fox’s X-Men films (with the two properties being amalgamated in Earth-838’s Professor X), as well as the Fantastic Four via Mister Fantastic (played by John Krasinski). In both cases, the future of the mainstream MCU continuity is teased, as its mutants and iteration of the Fantastic Four are still forthcoming.

With this in mind, Doctor Strange 2 missed an opportunity for both fan service and a meaningful way of bringing back arguably the MCU’s most important superhero without disrespecting Iron Man’s Endgame sacrifice or Robert Downey Jr.’s exit from the franchise. With its crowd-pleasing Illuminati members (which made a popular Mister Fantastic fan casting choice at least partially canonical), Sam Raimi’s return to Marvel adaptations, and an epic story spanning multiple realities, Doctor Strange 2 would have benefitted from the additional fan service of including Tom Cruise as Iron Man, which would have tastefully reintroduced Tony Stark to the MCU.

The Doctor Strange variant of the main MCU timeline (called Earth-616) travels to Earth-838 with America Chavez, but the two run afoul of the universe’s Illuminati, a team of the universe’s most powerful and brilliant beings. It’s within the ranks of the Illuminati that some of Doctor Strange 2’s crowd-pleasing guest characters appear, including the aforementioned Professor X and Mister Fantastic, as well as a super-soldier variant of Peggy Carter (who is similar to Captain Carter in Marvel’s What If…?), Maria Rambeau as Captain Marvel, and a near-identical version of Black Bolt to the version in the non-canon TV series Inhumans. In a shocking and brutal action sequence with the now-villainous Scarlet Witch, all of the Illuminati, save for Karl Mordo, are killed.

Earth-838’s Illuminati links the main MCU properties with the Fantastic Four and X-Men, but it’s notably missing any iteration of Tony Stark. The Illuminati are meant to represent their Earth’s best and brightest superheroes, with powerhouses like Captain Marvel and superlative geniuses like Mister Fantastic making their reality’s toughest decisions, including the voluntary execution of their Doctor Strange variant. This makes Tony Stark a perfect match for the Illuminati, as his intelligence and combat prowess puts him on the same level as the rest of the team. Moreover, Tony Stark was a member of the Illuminati in the mainstream Marvel Comics universe (also called Earth-616), making his absence in the Illuminati’s Doctor Strange 2 debut even more conspicuous.

Iron Man’s Importance In The MCU Was Incomparable

The MCU itself began with Iron Man in 2008, and though the franchise quickly adapted most of Marvel’s iconic superheroes to great effect, Tony Stark remained the franchise’s most iconic character. Iron Man, despite being the origin story of a genius billionaire who becomes a high-tech superhero, is a small and personal story when compared to most of the MCU’s adventures, and much of the film’s appeal comes from the cast’s incredible chemistry (owed in part to a significant amount of improvised dialogue) and Robert Downey Jr.’s combination of charisma and humanity in the tortured yet relentlessly witty Tony Stark. The MCU may have grown in scale, but Iron Man remains one of its most influential installments.

Related: Doctor Strange in the Multiverse of Madness Ending Explained (In Detail)

Iron Man’s importance to the MCU continues even in crossover films, with Tony Stark’s Stark Tower in New York City serving as the center of The Avengers’ epic third act finale and Stark’s Ultron program becoming an existential threat to the entire world in Avengers: Age of Ultron. Stark’s well-intentioned yet misguided Sokovia Accords initially drove the conflict of Captain America: Civil War as well, and even the ultimate villain of the Infinity Saga, Thanos, was ultimately Iron Man’s nemesis, and it took Stark’s selfless sacrifice via the Infinity Stones to finally defeat the Mad Titan. With such a significant influence on the MCU, both in-universe and in the hearts and minds of viewers, it’s an odd choice to omit an Iron Man variant from the Illuminati of Earth-838.

Tom Cruise was notably offered the role of Tony Stark when 2008’s Iron Man was in development, but he turned the role down. Now that Iron Man is a world-renowned pop culture icon, it would have been fascinating to see Tom Cruise play a variant of him in Doctor Strange 2, providing viewers with a glimpse of what might have been in 2008. Moreover, having Iron Man return to the MCU played by another actor also respects the sacrifice of the mainstream Tony Stark variant in Endgame and continues to let Robert Downey Jr. move on from his iconic and career-defining role after ending it on a good note.

Although Tom Cruise’s Iron Man would almost certainly be killed by Scarlet Witch in Doctor Strange 2, having a Tony Stark variant be part of the Illuminati is a tasteful way of closing the book on Iron Man. Another Tony Stark would let viewers know that, despite the mainstream version’s death, there are other Iron Man variants throughout the vast multiverse who continue to protect their respective realities and remain important to them. By having Tom Cruise specifically play the Iron Man variant of Earth-838, Doctor Strange in the Multiverse of Madness would mix tasteful fan service with a meaningful statement about all versions of Tony Stark.

Xander Cage Vs. Fast & Furious Dom Toretto: Who Would Win In A Fight?

David Miller is a staff writer for Screen Rant, indie comic writer, and life-long lover of all things Star Wars, Marvel, and DC. He was born and raised in New York and has a degree in English from Rider University. He relates to Peter Parker maybe a little too much.

How To Get The Tears of Contrition Scout Rifle (& God...