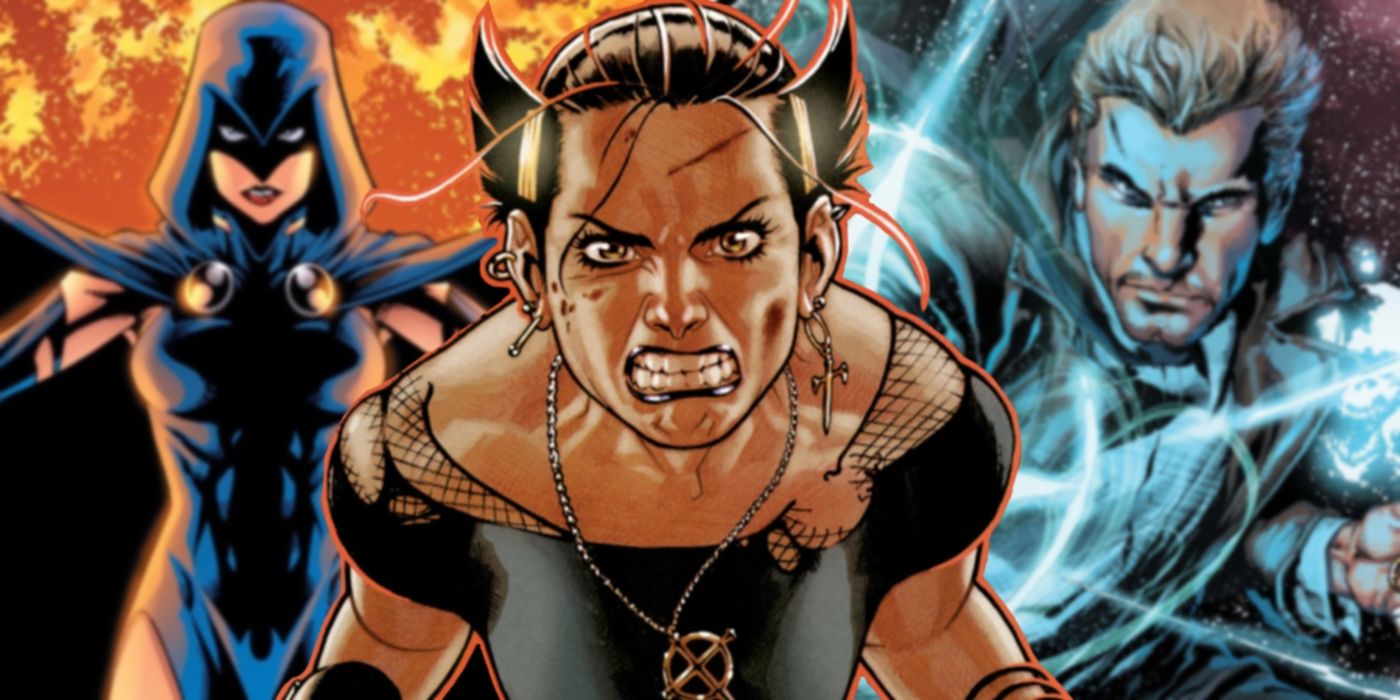 
Forget spells, relics and rituals, the most powerful magic user in the DC Universe can just take what she needs from any magic hero or villain at will

The best magic users in the DC Universe may be outclassed by one insanely powerful teenage girl. Black Alice might be one of many magic-based heroes, but her powers put DC’s mystical forces in a whole new light.

If there’s one thing that’s known about the DCU, it’s that there’s an overwhelming number of heroes and villains with magical backgrounds. From the streetwise and overworked John Constantine to the literal right hand of God, the Spectre, there are quite a bit of big names who try to keep the ethereal forces in balance. While the rules of the arcane tend to depend on the character and what kinds of magic they use, there’s an understood logic that most magic users tend to follow. But that doesn’t mean every once in a while a new character can’t come around and throw out the proverbial spell book.

Related: None of the Magic Users In DC Comics Actually Use Magic

Enter Lori Zechlin, aka Black Alice. Created by Gail Simone, Joe Prado and Ed Benes, she first appeared in the pages of Birds of Prey #78. Unlike most magic users, Lori has no powers of her own, but she does possess the ability to temporarily steal the powers of other magic-based characters. Black Alice has taken from magic-based heroes such as Raven, Constantine, Zatanna, Doctor Fate and even overwhelmingly powerful beings like the Phantom Stranger and Etrigan the Demon. It made her a target for recruitment for some insidious organizations like Lex Luthor’s Secret Society of Villains. Instead she found herself a home with the oddball mercenary crew Secret Six, becoming one of their most powerful assets.

While the power levels of the mystical wildly vary, there’s no doubt that being able to steal the powers of others gives her an insane edge over many other magic characters. In a way, Lori is like a living version of the H Dial, the mysterious object that allows users to become a powerful hero at random. But Black Alice is arguably an improved version of the Dial, because she can choose which magic being she wants to borrow from.

Magic is an insanely hard force to master in the DC Universe, even some of its best users find themselves limited by its arbitrary rules. But Lori doesn’t abide by the limits of any magic character. She doesn’t need to be chosen by a wizard like Shazam or spend years studying ancient tomes. Lori has a gift that cuts through all the rituals and charms and proves that magic is chaotic and can’t ever really be defined. The greatest magicians of the DC Universe can abide by their traditions, but Black Alice’s existence shows that magic is a force that can’t be constrained by rules.

Next: The Flash is Fast Enough to Stop Magic, DC Confirms

The Boys: Homelander’s Secret Origin Showed How Invincible He Really Is

Justin Epps is either a professional amateur or an amateurish professional depending on who you ask. Wanting to break into entertainment journalism, as well as capitalize on his lifelong hobbies, he’s begun taking up writing jobs starting here at Screen Rant. He’s currently based in South Carolina and wondering if it’s humanly possible to type up 600 articles a month.

Share
Facebook
Twitter
Pinterest
WhatsApp
Previous articleCanada Says Hopes for Ratification of Finland, Sweden in NATO ‘Within Weeks’ | World News
Next articleBoris Johnson to press DUP as ministers try to dial down Brexit war of words with the EU