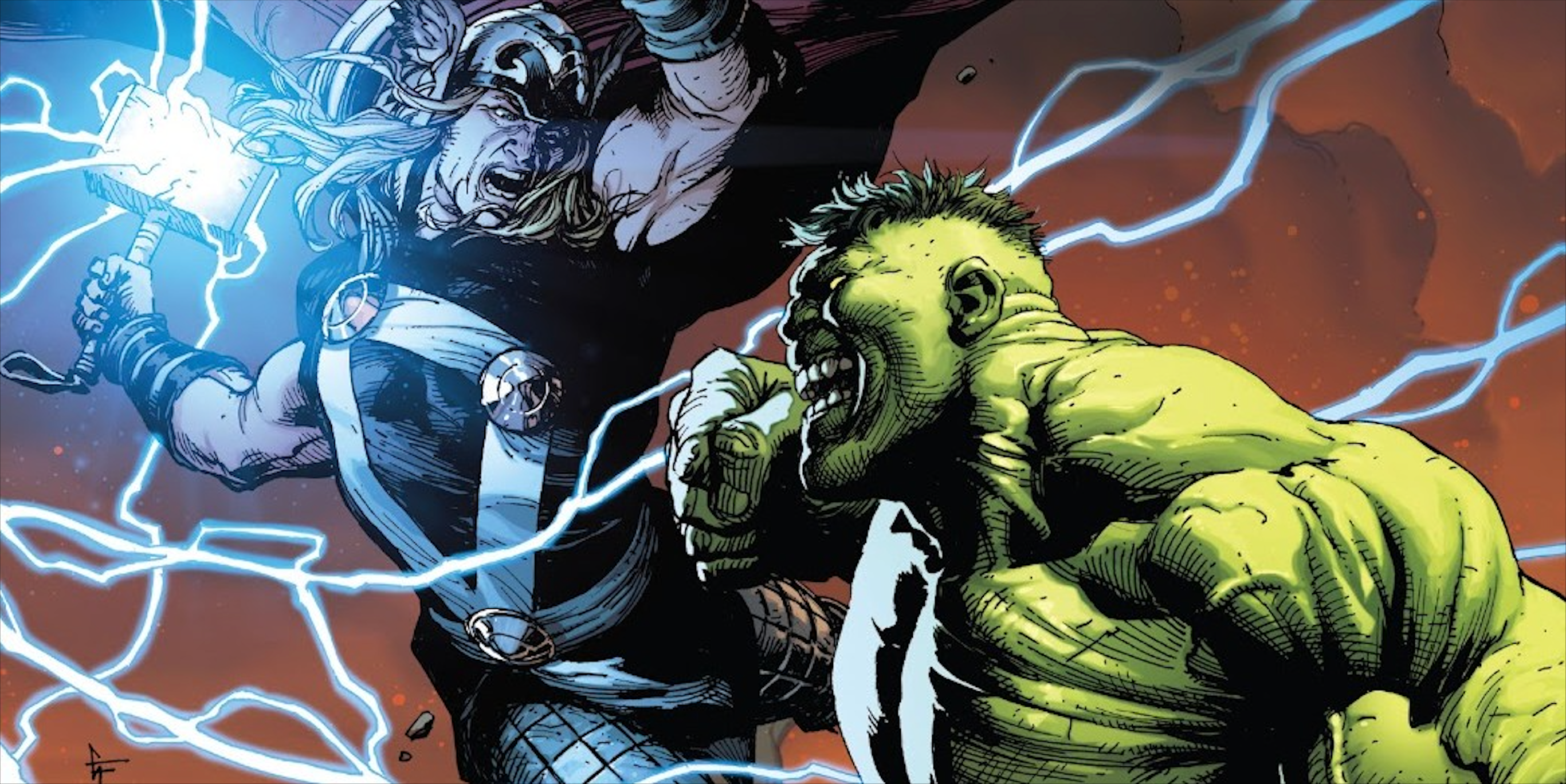 
Hulk fights Thor in a battle to end all battles as the super-strong Marvel heroes finally stop pulling their punches – with deadly consequences.

Marvel’s Thor and the Incredible Hulk, while allies and Avengers, frequently fight one another in the comics – and this time, the two are holding nothing back. Easily two of the strongest Avengers on the team, Hulk and Thor are often called in by their teammates as a ‘nuclear option’ when even the combined might of the other heroes isn’t enough to stop the threat in question. But in Hulk vs. Thor: Banner of War Alpha #1, the classic Marvel characters fight once again – this time for keeps.

Both Thor and the Hulk have experienced immense trauma in recent comic book stories. Bruce Banner controls the Hulk like a starship: the Hulk serves as the body, Banner controls the mind from within, and the Hulk’s rage is the power source. Trapped on another world, Banner is forced to increase the Hulk’s anger to dangerous levels just to survive. Meanwhile, Thor has recently lost his father Odin after a fight with Mangog. The battle also destroyed his hammer Mjolnir, but Odin’s spirit lives on in a reconstructed version of the weapon.

Related: Hulk’s Wife Flipped The Most Interesting Aspect of His Powers

In Hulk vs. Thor: Banner of War Alpha #1, written by Donny Cates with art by Martin Coccolo, the two superheroes clash in space before landing on the cartoon-esque planet of Saak-Reen. Hulk stands accused of murdering 17 people during a rampage in El Paso, Texas, and only Thor has the might to bring him to justice. Even before the fight, readers are alerted to the momentous occasion – because the Watcher is observing the battle (while eating from a bowl of popcorn). After rampaging through Saak-Reen, Thor orders Sif to transport them to “somewhere we can do battle safely!” That somewhere is the Black Hand of God, a severed Celestial hand and home to horrifically gruesome fighting tournaments. Hulk and Thor immediately square off properly – complete with a Street Fighter-esque status screen.

The two have fought before on many occasions, but this is the first instance in which each combatant has a partner (of sorts): Bruce Banner’s projection of Betty Ross inside his mind and the spirit of Odin trapped inside Mjolnir. After Thor attempts to pin Hulk using the hammer fails (since the Hulk rises and allows Mjolnir to tear a hole through his chest while technically remaining unmoved), Thor resorts to a different strategy: throwing Mjolnir directly at the Hulk’s helmet, allowing the spirit of Odin to talk to Bruce directly.

Even from the first few pages, readers can see the fight is unlike any Hulk vs Thor story that has come before. Both characters have new tactics, new strategies, have experienced life-changing events, and are truly angry. Hulk vs. Thor: Banner of War Alpha #1 is available now, and readers can see for themselves the most epic battle between the Hulk and Thor yet.

Next: Why Hulk’s Phase 4 Changes Could Redeem The Fat Thor Storyline