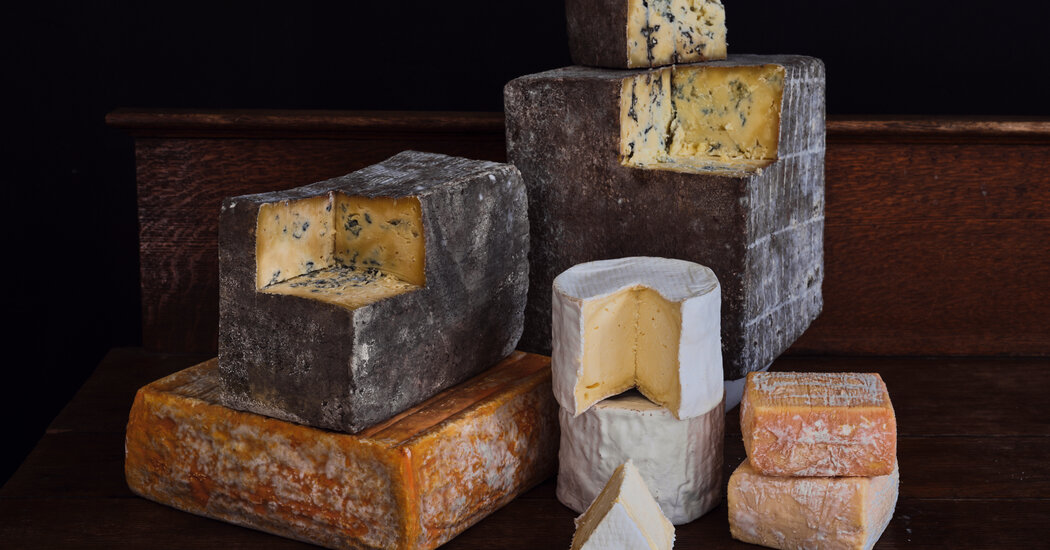 A satiny washed-rind beauty named Prufrock was the first cheese made at the Grey Barn, a farm and dairy on Martha’s Vineyard, which was established in 2009 and began selling the cheese in 2012. The tidy eight-ounce square, encased in an edible orange-hued rind, has collected awards over the years, and in the 2021 World Cheese Awards, Prufrock was one of six cheeses from five countries to win gold in the general washed-rind category. It also won recognition at the first New York International Cheese competition, held last summer. The cheese, made from organic milk, has alluring washed rind funkiness, with a scent of dried wildflowers and a yeasty, briny tang on the palate. Bill and Molly Glasgow, the farm’s owners, decided to go poetic with the name instead of giving it a local tie-in. They’ve continued in that vein with most of their other cheeses, including Banneker, their newest, a Cheddar they started making during the pandemic and only sell locally. It’s named for Benjamin Banneker, an 18th century African American mathematician and astronomer and the subject of a poem by Rita Dove.