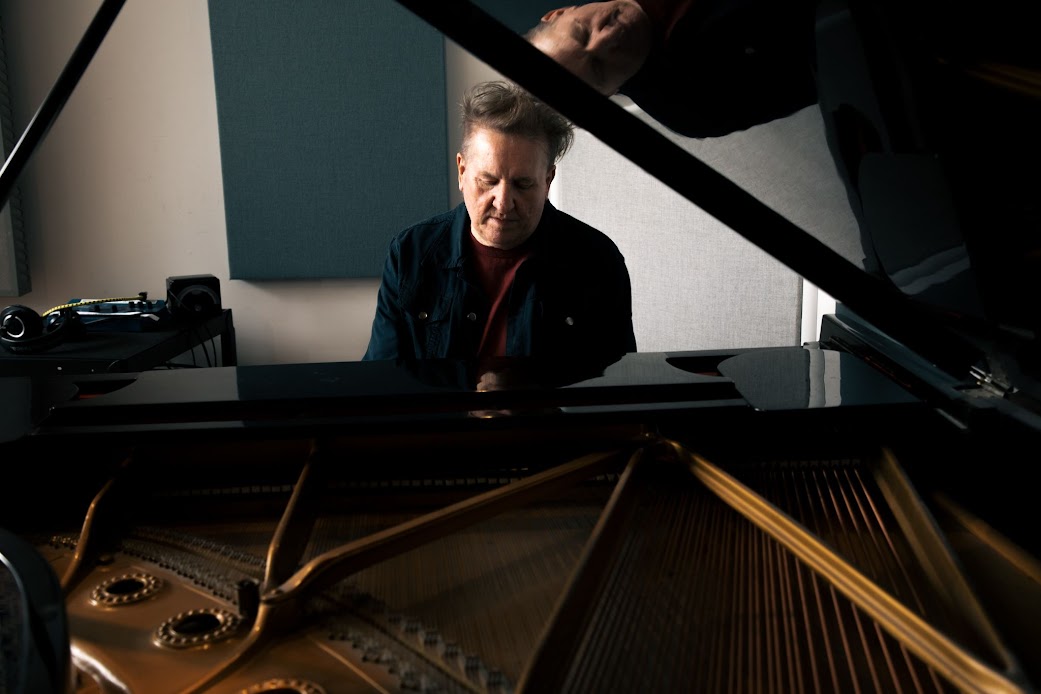 Today, the internationally acclaimed Irish performer Pierce Turner releases a new single titled “Set A Few Things Up” alongside a creative, handmade music video. The single is the third track off his forthcoming album, Terrible Good, which was created with legendary guitarist Gerry Leonard (David Bowie, Suzanne Vega, Rufus Wainwright). The album is set for release on February 25 via StorySound Records.

In a dual-celebration of Terrible Good and St. Patrick’s Day, Pierce will perform at the famed Joe’s Pub in New York City on March 17 with an all-star band including Leonard on guitar, Tony Shanahan on bass (Patti Smith), and Yuval Lion on drums (David Byrne). Tickets are available here.

“Set A Few Things Up” is about the optimism and persistence of being a musician. The music video was created by the ​​team of Mark Lerner and Nancy Howell and offers a make-shift performance of the song featuring illustrated paper cut outs and stop motion animation.

An Irish-American musician in the truest, and most literal, sense, Pierce lives half the year in his hometown of Wexford, Ireland, and the other half in his longtime adopted hometown of New York City. Both places are reflected in his songs, which frequently move between these two different worlds. Since he began his solo career in the 80’s, he’s worked on a broad range of projects including writing for opera, scoring movies, and composing a contemporary Mass. His genre-bending songwriting has led Turner to collaborate with legendary producer John Simon (The Band, Leonard Cohen, Cass Elliot) on 1991’s Now Is Heaven and composer Philip Glass on projects such as 1986’s It’s Only a Long Way Across and “Yogi with a Broken Heart.”

Turner wrote the songs for Terrible Good over a four-year period, in a process complicated by living and working in two different countries and during a pandemic. Electric guitars are central to Terrible Good, arising from his collaboration with guitarist/producer Gerry Leonard (David Bowie, Rufus Wainwright, Suzanne Vega).  The two Irishmen, who have spent the greater part of their lives living and experimenting with music in New York City, have married those experiences to produce an Irish album recorded with a New York attitude.

In case you missed it, ABS premiered exclusively the video for Terrible Good’s opening track “Where It Should Be.”