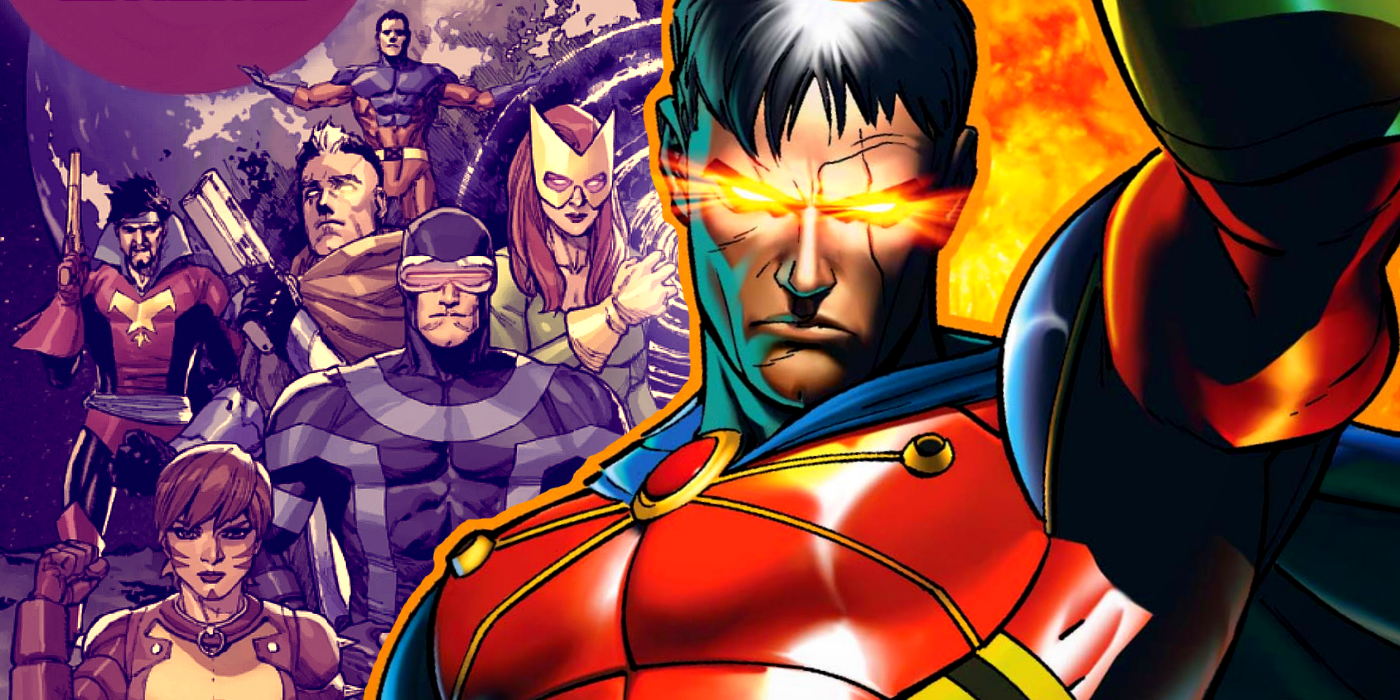 
The most powerful of the Summers brothers, Vulcan, is about to bring war with the Shi’Ar on the X-Men’s doorstep and plunge Arakko into chaos.

The unbridled rage of Vulcan, one of Marvel’s most powerful and dangerous mutants, will bring a cosmic war to the X-Men‘s doorstep. While mutants are trying to establish their Arakko colony on the planet Mars, Vulcan’s claims to the Shi’Ar throne threaten to destabilize the entire galaxy.

Gabriel Summers (Vulcan) is the brother of Cyclops and Havoc. All three are mutants with the power to manipulate energy to some degree, but Gabriel is without a doubt the most powerful of the X-Men’s Craz Summers family. After his debut, he was described to be “past Omega level” by professor Xavier, and even a powerful cosmic creature like Adam Warlock recognized Vulcan as one of the most powerful beings he ever met. However, Gabriel’s tragic history makes him unstable and dangerous. Extracted from her dead mother’s womb by the Shi-Ar Emperor D’Ken, artificially aged to adulthood to be a slave, Vulcan found his way to Earth and joined Professor X’s “original” second X-Men team, sent to rescue the founding X-Men from the clutches of the living island Krakoa. When the mission went wrong Gabriel was trapped there for years half-dead, only to later find out that Xavier had erased the memory of his team from everyone’s minds. Enraged, Vulcan fled into space to get his revenge on the Shi-Ar, claiming the throne for himself and becoming Emperor, plunging the galaxy into a war between Shi’Ar and Inhumans. Though he was seemingly killed at the end of that conflict, Vulcan re-emerged when the X-Men founded the mutant nation of Krakoa, apparently changed into a better man (but actually hiding a terrible secret).

The mutants of Arakko, Krakoa’s “sister”, have spent millennia trapped in another dimension in a state of constant war. Colonizing Mars represents a chance to live in peace, and their newly-appointed regent, Storm, will do anything to protect that chance. In X-Men Red #1, by AL Ewing, Stefano Caselli, and Federico Blee, Storm and the newest arrival on Arakko, Magneto, have to deal with threats to the stability of their new world, which include Abigail Brand, who was revealed to be a secret traitor to mutants, but also Vulcan, who has been experiencing a resurgence of his former, deranged, personality. Meeting a Shi’Ar envoy on Arakko, Vulcan demands to be recognized as the rightful Emperor, assaulting the diplomat despite his immunity granted by Regent Storm.

Vulcan is subdued thanks to Cable’s intervention, but he is taken into Abigail Brand’s custody, which means troubles are on the horizon for Storm and everyone else on Arakko. Vulcan’s claim to the Shi’Ar throne is genuine, as he was not actually dead when Gladiator succeded him but actually trapped in the Cancerverse, where mysterious alien beings tinkered with his mind for unknown purposes. This is the reason he came back a changed man, and possibly also why his true personality is emerging now that he is on Arakko. Vulcan’s out-of-scale power levels are not the reason why he should be feared. From the Marauders series readers know that the X-Men are already at odds with the Shi’Ar, so Vulcan’s provocations could very well be the last straw before a full-scale cosmic conflict erupts.

Krakoa’s and Arakko’s mutants already have enough enemies, and with a big conflict with the Eternals coming soon they surely do not need a war with the Shi’Ar Empire on their doorstep too. The cover for X-Men Red #2 teases a fight between Storm and Vulcan, meaning that the situation on Arakko is about to get explosive. Considering how dangerous Vulcan is, however, even a powerful former X-Men like Ororo will have a hard time dealing with the strongest of the Summers brothers.

Senior Comics Writer @screenrant. History PhD in my spare time. You can find me on Twitter @FrancCacc