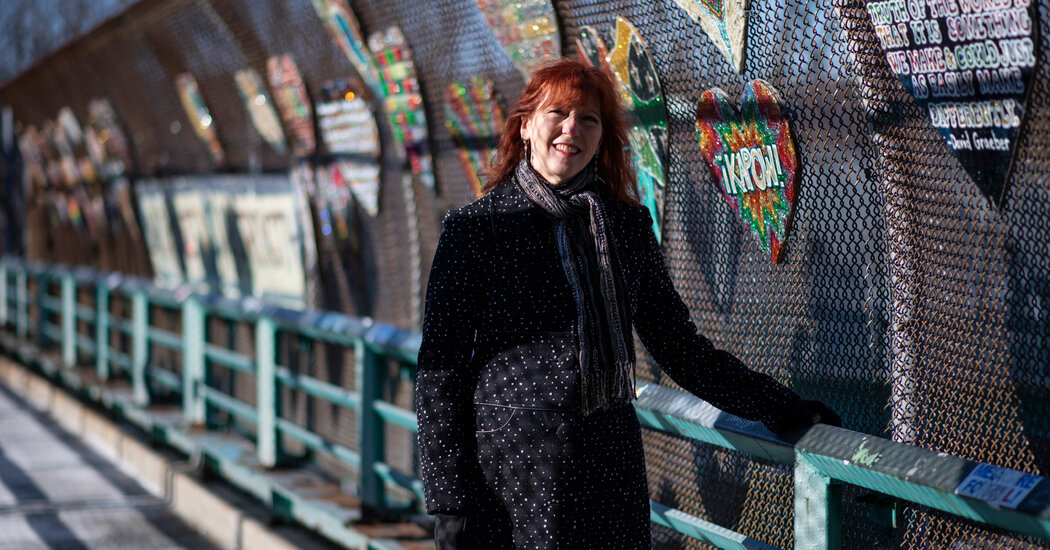 Deni Bonet was considering leaving New York. “Being in the arts, it’s been really tough,” said Ms. Bonet, an electric violinist and singer-songwriter, who had watched many friends and colleagues move out of the city over the past two years. “I needed a New York moment to remember why I live here.”

She got it in an unlikely place: a two-hour-long Covid testing line.

Last month, she lined up to get a P.C.R. test in Washington Heights, the Manhattan neighborhood where she lives. She had performed at several holiday concerts and had rehearsed with a musician who had tested positive, so she wanted to make sure she was in the clear.

Ms. Bonet started talking to the man in front of her, who had walked there from the Bronx. “He worked for the D.M.V., and he wanted to make sure he didn’t infect anybody when he went back to work after the holidays,” she said. “I can’t remember why he said he needed a car, but I told him I had one.” She ended up giving him her phone number, in case he ever needed a ride. “I never heard from him, but I hope I will.”

An older couple who knew the history of the Art Deco buildings on the street started telling Ms. Bonet and her new friend, the D.M.V. worker, about them, as if they were on a walking tour. “I never look at these buildings when I’m walking around, but in line that was all there was to do,” Ms. Bonet said. A young woman shared recommendations for books and television shows with anyone who was interested.

The temperature was in the low 30s, and the group took turns holding one another’s place in line while people would leave to grab a slice or a cup of coffee. “My nose was running so I got napkins, and I handed them out,” Ms. Bonet said.

After she had been swabbed and left the testing site, she realized what could have been a terrible experience had made her feel joyful. “There is this great spirit that says we are going to get through this together,” she said. “It made me happy to see people being kind to each other. That’s all we can do right now.”

New Yorkers have become accustomed to waiting in the cold to get Covid tests, sometimes for hours. But some, instead of looking into their phones, are striking up conversations, taking the opportunity to interact and network in a city that has stayed in a mostly cautious and protective mode for almost two years.

In late 2020, when Senti Sojwal, who works in digital communications, was getting a test in Bedford-Stuyvesant, Brooklyn, she ran into a romantic interest. “It turned into a date where we waited in the freezing cold together for six and a half hours,” she said. “It was sort of fun keeping each other warm. We kept dating for a couple of months after that.”

One year later, she went to get tested in Crown Heights. A childhood friend whom she hadn’t seen in a decade was in the same line. They started chatting and realized they both lived in the neighborhood. “I hadn’t seen this person since I was a kid,” she said. “We’re going to meet up for a coffee or drink soon.”

Ethan Lowens, a defense attorney who works and lives in Queens, said Covid testing lines had become an extension of the office since his employer has mandated weekly testing. Most of his officemates go to a van parked right outside Queens Borough Hall, and they often do the errand together. “It’s like the 2022 version of a cigarette break,” he said. “Someone will go around and say, ‘Hey, I need to go get a Covid test. Anyone want to come?’”

He said the procedure had helped him build relationships and even stay productive … while standing in line. On a new co-worker’s second day, for example, the group took her along for the test. “She asked all the basic questions like, who do you call when you can’t log into your email, or who do you email about your MetroCard?” he recalled. “It was those onboarding questions you want to ask a peer, not a supervisor.”

After his wife tested positive last month, Jason Faust, an actor in Washington Heights, stood in a line near his home for a test and was prepared to have a horrible day. “The line was, without exaggeration, four hours long,” he said. “And this was that first really cold day we had in a while.”

But he befriended a man in front of him who kept cracking jokes, the last one being — once the man had been swabbed — that he had used up the last test. Mr. Faust and the joke maker also chatted with the family behind them, who kept sending their daughter into their double-parked van to get warm. They also helped two women fill out the registration forms using a QR code.

Tensions boiled over when someone in their group was accused of cutting the line. The makeshift pod immediately went into defensive mode. “I said to this guy, ‘We all know each other, we are old friends,’” Mr. Faust said. Someone started singing the lyrics “We are a family” from “Dreamgirls,” the Broadway show, he said. “The moment was kind of like a musical.”