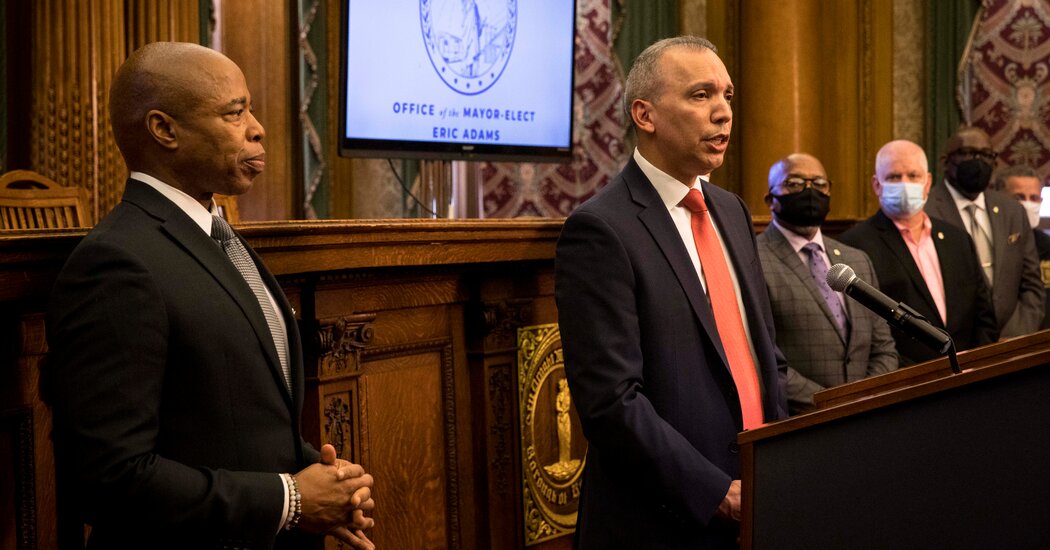 But the unions had come to loathe her for that work in particular.

As deputy commissioner for intelligence, investigation and trials, she had also been responsible for reviewing certain allegations of sick leave abuse, including an incident on Columbus Day in which more than a dozen correction officers at a Queens courthouse left in ambulances to avoid being deployed to Rikers Island.

She was also scrutinizing an incident in August during which dozens of transport officers claimed that more than 40 of their buses were too broken down to drive, causing detainees to miss court dates and creating further disorder on Rikers and in the court system.

Frustrated, the unions launched an online petition calling for Ms. Townsend’s firing, recording at least 290 signatures. A video posted by the jail officers’ union over the summer attacked conditions in the jails and celebrated the resignation of the jails commissioner at the time, Mr. Schiraldi’s predecessor. It ended with the words “Who’s next?” overlaid on photos of five other administrators, including Ms. Townsend.

In December, Ms. Townsend said, Mr. Molina asked her if she could get rid of the 2,000 disciplinary cases, in a meeting first reported by The New York Daily News.

They agreed to meet again in January, on Mr. Molina’s first Monday on the job. She was fired that day, told by human resources that the “commissioner is going in a different direction.” She said she was escorted out of the department’s headquarters in Queens.

Ms. Townsend’s firing is not the first time correction officials have ousted a top department investigator who had made enemies of the jail unions. Under the de Blasio administration, in 2014, the Correction Department forced the resignation of another official who held a position similar to Ms. Townsend’s, Florence Finkle.

At a news conference last week, Mr. Adams said he supported his commissioner’s decision, adding that the dysfunction in the jails is “unacceptable.”

“No matter who is assigned there,” Mr. Adams said, “the people of this city are going to ask, ‘Did you fix the problem?’”