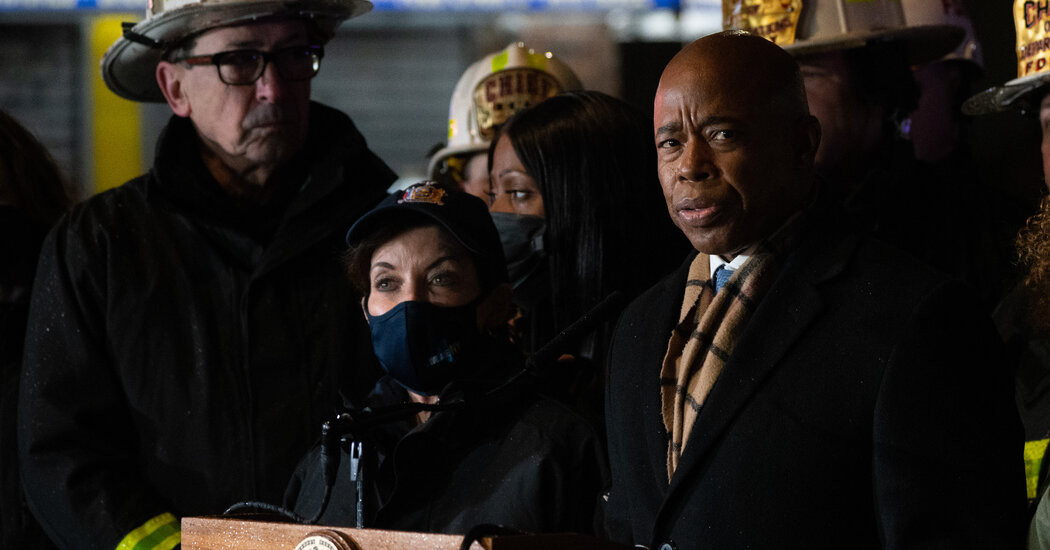 Before he took office as mayor of New York City, Eric Adams repeatedly said that his top priority was to serve as the city’s cheerleader and promote its recovery.

Mr. Adams has quickly begun to fulfill that vow. In his first week in office, he moved to buttress the city’s health system during a surge in coronavirus hospitalizations. He fought to keep schools open even as they closed in other cities like Chicago.

And on Sunday, he faced a devastating new challenge when the city had its deadliest fire in decades, and at least 17 people died, including eight children. He held two news conferences at the site of the fire in the Bronx and called for unity at a time of horrific loss. “During a tragedy, we’re going to be here for each other,” he said.

Mr. Adams, a Democrat and former police captain, confronts the most daunting challenges to face a mayor since Michael R. Bloomberg was inaugurated shortly after the Sept. 11 attacks. New York City had started to recover from the economic devastation of the pandemic this fall, but the Omicron surge in December led to the cancellation of some Broadway shows and emptied offices once again just as the new mayor took office.