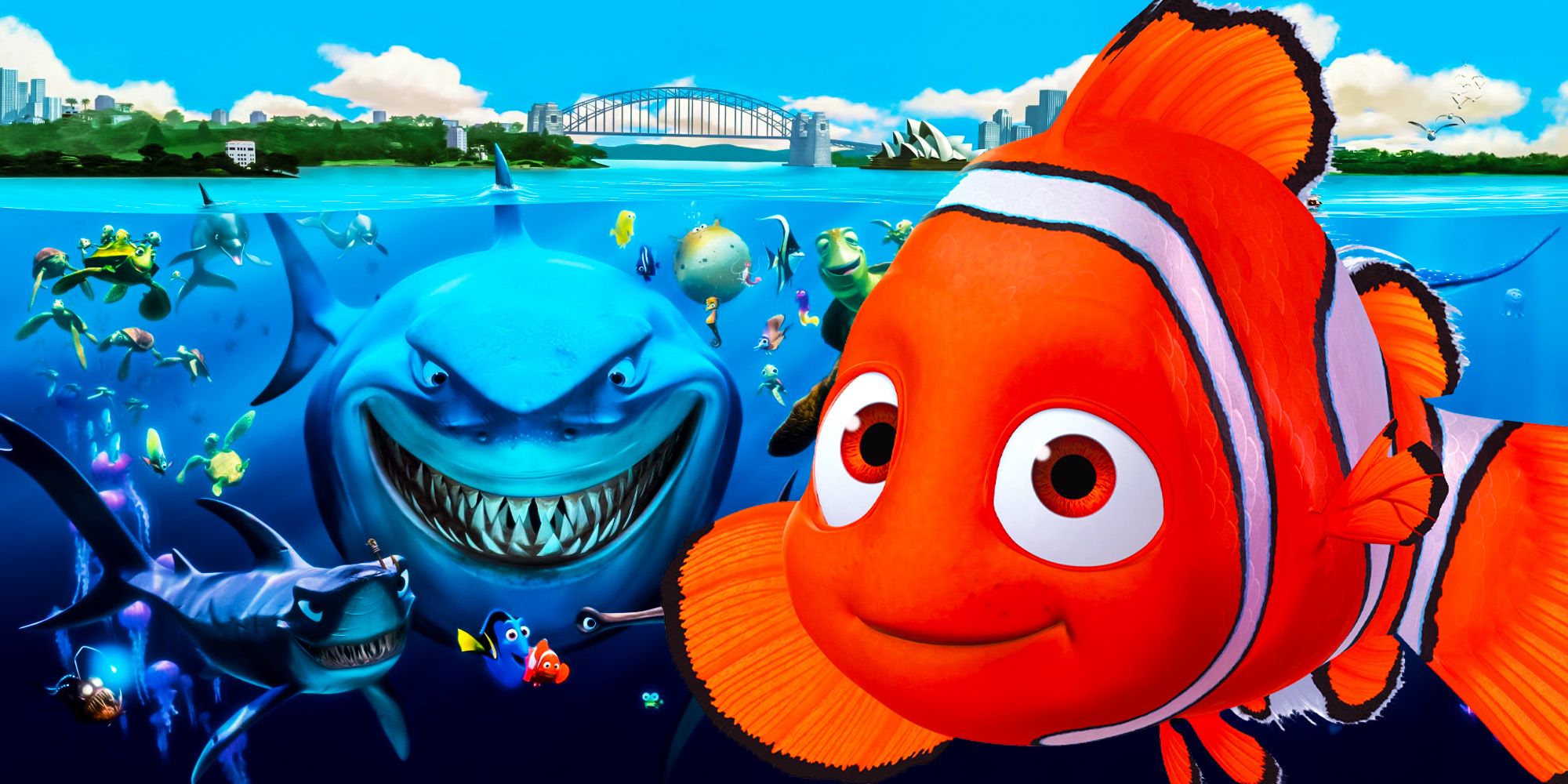 
The rumored plans for a Finding Nemo spinoff series on Disney+ could potentially solve two different problems for Pixar while continuing a key trend.

A rumored Finding Nemo spinoff series for Disney+ solves two of Pixar’s problems at the same time. Pixar has thrived since the studio’s beloved 1995 debut feature, Toy Story. Twenty-four films later, Pixar’s growing library of episodic series is just as impressive as its filmography, based almost exclusively on previous franchises.

This echoes Walt Disney Television Animation’s approach in the ’90s of capitalizing on their catalog of successful films and turning them into television shows like Aladdin, The Little Mermaid, and Hercules, to name just a few. At the same time, however, nearly one-third of Pixar’s films are comprised of prequels and sequels. Pixar has firmly expanded into the television arena, but its brand is still very much centered on original, animated feature films.

Pixar is challenged with growing its most successful franchises and characters while striving to keep original movies flowing at the same time. By opting to create a Finding Nemo spinoff series instead of a third film, Pixar solves both problems. Pixar will not only continue to add to its already impressive library on Disney+ and further build upon the worlds of Finding Nemo (among others), but they are making room in their theatrical slate for more original stories, thus potentially solving two problems with one move. Shows like Forky Asks a Question, Monsters at Work, and Dug Days, are all examples of Pixar’s spinoff strategy for streaming.

Historically, Pixar sequels have been exclusively theatrical releases, but that is no longer the case. Back in 2019, producer Mark Nielsen confirmed that Toy Story 4 would be Pixar’s final sequel film for the foreseeable future. Thanks to the prominence of Disney+, Pixar has found itself in an ideal position to strategically craft its stories for whichever medium they choose and maximize audience outreach, allowing them to serve each story’s full potential. Disney+ also continues to be an optional platform to release films as Disney experiments with how best to utilize its young streaming platform. This grants Disney-Pixar ultimate flexibility when it comes to determining where each project will appear. Turning Red, Luca, and Soul are all original films that ultimately transitioned to a Disney+ release in response to the pandemic. Despite going straight to streaming, Pixar’s intention of a traditional theatrical release for each of these films shows their commitment to developing fresh stories for the silver screen.

However, not every spinoff becomes a series. Despite Neilsen’s announcement, the upcoming film, Lightyear, is Pixar’s unique approach to a Toy Story spinoff, and it will be their first theatrical release since 2020’s Onward. Similarly, Pixar is breaking new ground with an all-original series not based on previously existing IP. Win Or Lose, premiering next year, is the story of a middle-school softball team as they play their way to the big championship game. Taking advantage of the episodic format, this animated series will be crafted from a different character’s perspective for each episode. This exciting prospect is something they simply couldn’t do with a film, as it gives them more time to develop each character from a unique viewpoint throughout the series. Following the trend of the existing Pixar shows, Win or Lose will likely target younger audiences, much like Monsters at Work.

As for the rumored Finding Nemo spinoff, there are no plot details as of yet. However, if the alleged show does come to fruition, it will be a welcome return to the world of Finding Nemo. On the film front, Pixar has three additional features in the pipeline. Not much is known besides their theatrical release dates, which stretch into June 2024, but with so many projects in the works for both the big and little screens, Pixar can’t miss.

Born and raised in New York, Benjamin is a filmmaker and audio engineer with a strong passion for cinema. He graduated from NYU with a BFA in Film and Television production in 2010. Residing in Queens, Benjamin enjoys writing, rock climbing, chess, bike riding, and good comedy.

How To Get The Tears of Contrition Scout Rifle (& God...