Every MCU Character That Has Used The Darkhold, Ranked By Power 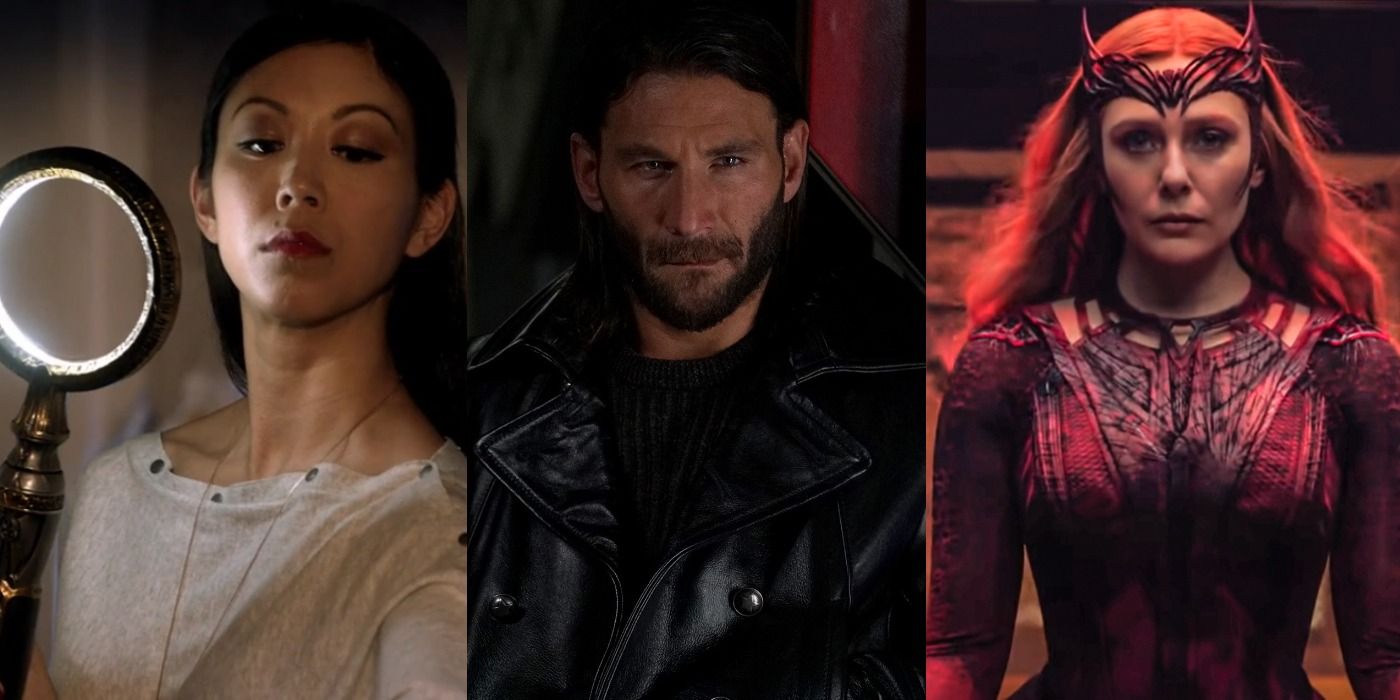 
Doctor Strange In The Multiverse of Madness might have its flaws but many fans will agree that it has a phenomenal villain in Wanda Maximoff, aka, Scarlett Witch. And with word spreading about Elizabeth Olsen’s impressive performance, the $187 million opening weekend gross is guaranteed to multiply in the coming weeks.

Audiences might be wondering how one of the best Avengers ended up becoming so antagonistic but all the answers are tied to the Darkhold. However, Wanda isn’t the only character in the MCU to use the highly sought book of spells. A couple of individuals have placed their hands on it but who among them is the most powerful?

The former Momentum Labs employee becomes obsessed with the Darkhold soon after learning about it. This throws him into conflict with former colleagues, Lucy and Joseph, who do everything they can to keep its contents away from him.

RELATED: 10 Best Performances In Doctor Strange In The Multiverse Of Madness

As villainous as Eli is, he doesn’t have much going for him in terms of special abilities. Reading the Darkhold doesn’t help him much either. Over the course of the series. the only power he successfully acquires is material creation. The Quantum Particle Generator enables him to shape and move objects at will but he still doesn’t get to do much with this power.

After getting fired from GT Agrochemicals for his transhumanist beliefs, Radcliffe gets recruited by HIVE. After chancing upon the Darkhold and reading its contents, his mind becomes corrupted.

As a transhumanist, Radcliffe’s decision to boost some of his bodily functions comes as no surprise. His most notable power is is his telescopic vision, which is all made possible by his synthetic eye. But despite spending most of his days trying to achieve human perfection he never gets to become as big as force as some of the best MCU villains.

After finding out about her parents’ activities, Nico acquires the Staff of One and teams up with her pals to form the Runaways. She accesses the Darkhold via footage that her father recorded using the WizGlass spectacles.

Nico’s abilities are mostly tied to the Staff of One, which she uses to cast multiple spells. She can easily manipulate sound and the weather, hence tailoring everything to her convenience. Her sensory tracking abilities are marvelous too as she is able to track Alex Wilder effortlessly when he disappears. Sadly, she has been shown to be weaker whenever she isn’t in possession of the Staff of One.

Initially a Momentum Labs, Lucy is one of the first people to get their hands on the Darkhold. After getting killed by Ghost Rider, she becomes a ghost.

Thanks to her time being trapped between two-dimension, Bauer has ghost-like abilities. While her ghost-like powers such as Ingtagnibility and Invonsibility are impressive, they don’t enable her to accomplish her goals. The moments when she truly shines are when she infects minds with a single touch or whisper, causing her enemies to hallucinate.

The Watchdogs’ boss and former SVR member hunts down Phil Coulson, who he believes is responsible for the slaughter of his former unit.  He then attempts to use the Darkhold to create a new universe where Inhumans are the dominant race.

RELATED: 10 Sam Raimi Trademarks In Doctor Strange In The Multiverse Of Madness

Ivanov is the kind of Cyborg that even the DC version would admire because he has android physiology. His quantum brain enables him to control all his duplicates, ensuring they function just like him. That the generally superior Aida praises his bodily strength is also additional confirmation of just how powerful he is.

Tina serves as the CEO of the tech company, Wizard, and a member of the elite society known as PRIDE. Thanks to the WizGlass spectacles, she is able to access the Darkhold spells her late husband had recorded.

Tina’s ability to perform magic tricks with or without the Staff of One, makes her rank higher than her daughter, Nico. She awes time and time again by performing all kinds of dark dimension magic such as levitation, weapon calling, teleportation, and shockwave generation. The only sad part is that she doesn’t face any real threats.

Accused of indulging in dark magic during the Salem Witch trials, Agatha shows up in Westview 330 years later, attracted by the activities of Wanda. In order to avoid being under the control of Wanda’s fake reality, she uses the Darkhold to boost her powers, a move that makes her one of the most intelligent WandaVision characters.

That Agatha sneaks under Wanda’s own reality and spies on her for a while without her knowing is indeed remarkable. And apart from being able to absorb the energy of fellow witches or remain undetected by their powers, she can also pride herself on being one of the few characters that are able to restrain Wanda, something she achieves by conjuring bindings from thin air. There’s also the fact that she has lived longer than most characters in the MCU.

Aida is initially created by Holden Radcliffe as a life-model decoy meant to have the same mannerisms as his lover, Agnes. She soon turns villainous when her mainframe gets severely corrupted by the Darkhold.

Aida beats many other characters in terms of power because of the composition of her body. Since her body is made of Dark Matter, Aida has just about as much power as the Darkhold itself. And since she has a regenerative healing factor, wounding her is next to impossible. The ability to think quickly is also a valuable trait in a world full of superheroes and villains. luckily, Aida has that. Her brain has the ability to process a quadrillion functions per second.

An enemy of King Arthur, Fay spends years trapped in the Dark Dimension before reappearing. She is shown using the Darkhold to induct Nico into her witch group, the Fay’s Coven.

RELATED: 10 Cameos We Didn’t See In Doctor Strange 2 (But Wish We Did)

Proof of Fay’s power is in the fact that other witches respect her sorcery so much that they are willing to work under her. Moreover, protecting herself is an easy task because she can cast a spell over anyone. Additionally, she is one of few characters capable of creating communication between the Earthly Plane and the Dark Dimension.

Despite only having two solo movies so far, Strange has had a lot more to do than other Avengers. And in the latest MCU installment, he attempts to save Wanda from the influence of the Darkhold.

As the Master of Mystic Arts and head of the New York Sanctum, Strange has always been all-too-powerful and happy to flaunt it. Thanks to his Eldritch Magic ability, he doesn’t need to fight physically. He can do so by simply forming constructs of energy. He sure does deserve to be lauded for impressive feats such as erasing the memory of the whole world. And having tapped into the Darkhold and accessing his 3rd eye at the end of Multiverse Of Madness there are no limits to his powers.

Wanda starts off as one of the most likable members of the Avengers but soon turns villainous when the Darkhold corrupts her mind and makes her believe there is a version of her that has children. She thus goes on a mission to find a universe where her children exist.

Wanda easily falls into the “overpowered” category since she has about 10 different special abilities. Thanks to her magical abilities, she can literally do anything she wishes, and that’s how she was able to create a sitcom universe to make herself happy. She has frequently come out on top when battling other Avengers too, with the best example being how she was able to put them in a trance in South Africa and how he outfoxed Doctor Strange while traveling through multiverses. Physically, she is unbeatable too, something the Illuminati from Earth-838 can attest to.

NEXT: 10 Burning Questions After Watching Doctor Strange In The Multiverse Of Madness


Next
The 10 Best Superman Actors, According To Ranker

Philip Etemesi is an author, journalist, screenwriter and film critic based in Nairobi. Kenya. As a child, he preferred watching movies like The Goodfellas instead of Home Alone. His girlfriend constantly has to pull him from the front of the TV but he just keeps returning. Stubborn dude! An animal lover, Philip also has a pet giraffe called Refu.