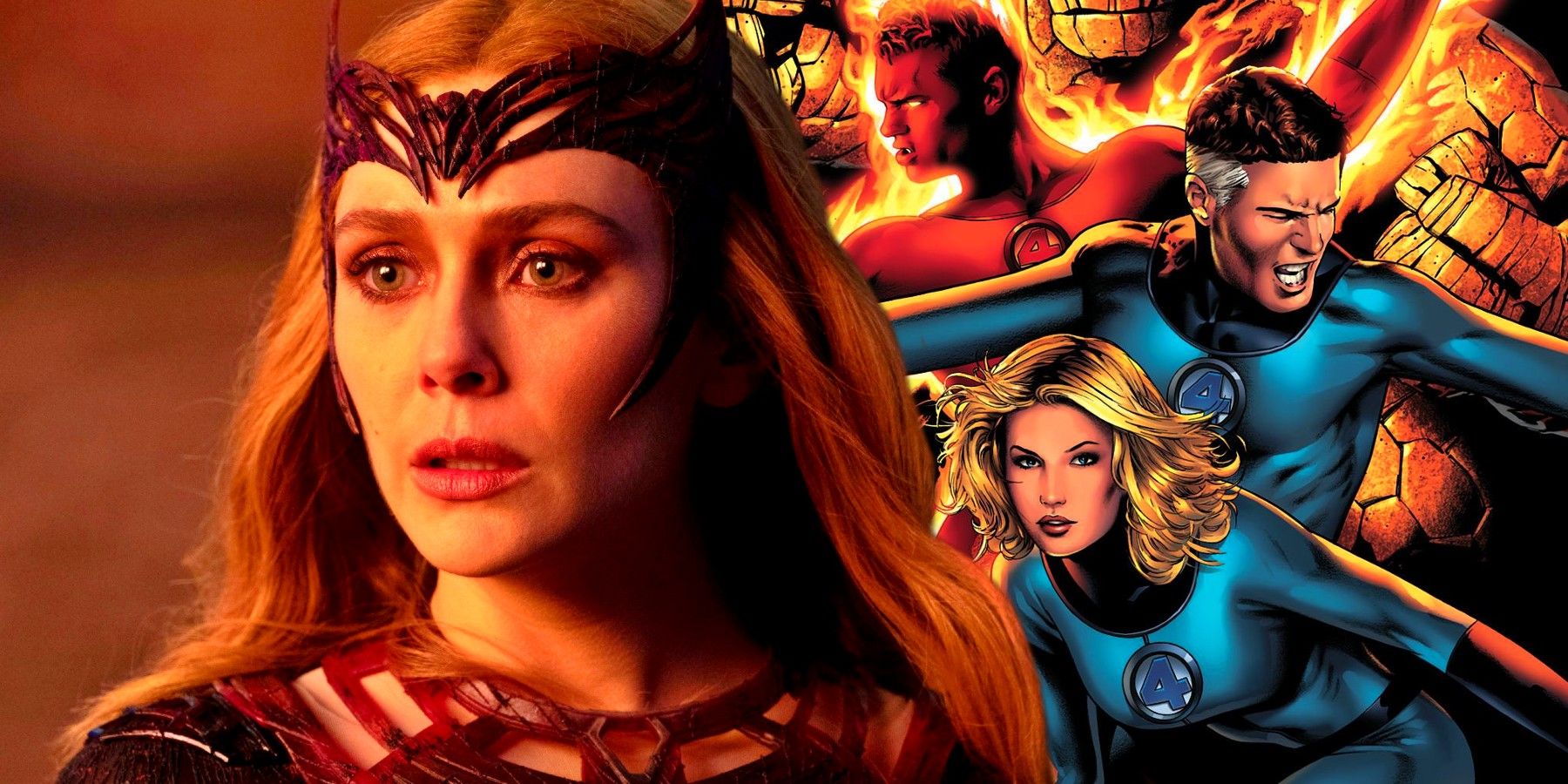 
Doctor Strange in the Multiverse of Madness reveals one detail about the Fantastic Four’s MCU origin, confirming a popular fan theory in the process.

Warning: SPOILERS for Doctor Strange in the Multiverse of Madness.

The best Fantastic Four origin theory for the Marvel Cinematic Universe has been confirmed thanks to Doctor Strange in the Multiverse of Madness. Mixed in with the magical duel between Doctor Strange and Scarlet Witch, the highly anticipated Phase 4 sequel dove deep into the multiverse. In doing so, the first connections to the Fantastic Four in the MCU were made. John Krasinski’s Mister Fantastic appeared as part of Doctor Strange 2‘s Illuminati team, which raised plenty of questions about what insights could be gleaned about how Marvel’s First Family will be brought to life in the shared universe.

Reed Richards’ appearance in Doctor Strange in the Multiverse of Madness has several potential implications for the MCU’s Fantastic Four. The possibility of John Krasinski returning to lead the movie is at the forefront of audiences’ minds, as the popular fan cast was brought to life. Doctor Strange 2 even included a tease of Sue Storm, her and Reed’s powerful children, the Baxter Foundation, and much more. All of the Fantastic Four teases could be for naught, as there’s no guarantee that Krasinski’s Mister Fantastic casting, look, and other details will be the same beyond Earth-838. However, Doctor Strange 2 did seemingly include confirmation of one major fact about the Fantastic Four’s MCU origin.

Related: Doctor Strange In The Multiverse Of Madness Ending Explained (In Detail)

When Doctor Strange is brought before The Illuminati council in Doctor Strange in the Multiverse of Madness, the second to last member he’s introduced to is John Krasinski’s Reed Richards. Upon meeting one of the smartest men in the universe, Strange mentions that he thought they launched in the 1960s. This isn’t a throwaway line of dialogue or joke (although it could be interpreted as a reference to The Beatles). Instead, Doctor Strange’s line indicates that he is familiar with a group known as the Fantastic Four that launched in the 60s on Earth-616 and potentially disappeared. If this reading of the line is correct, then Doctor Strange 2 confirms that the MCU’s Fantastic Four origin begins during the 1960s.

The Fantastic Four’s origin taking place in the 1960s has been one of the oldest theories about how Marvel Studios can introduce them. The Fantastic Four famously first appeared in the comics in 1961, so their MCU origin taking place at this time would be a great nod to Stan Lee and Jack Kirby’s work. Meanwhile, it allows Reed Richards, Sue Storm, Johnny Storm, and Ben Grimm to have a different start to their story than some other recent Phase 4 heroes. Instead of coming to prominence after Avengers: Endgame and even having their MCU origin tied to The Blip or Thanos, they could now be people out of time. They’d still have some similarities to those who were snapped, but having them be missing for sixty years in the MCU will make their return a huge deal.

Doctor Strange 2‘s tease of the Fantastic Four’s MCU origin in the 1960s should also allow the movie to take some big swings. Fantastic Four can be the latest quasi-period piece movie for the MCU, as the main plot can be set in the present of the shared universe, but an origin story can still be told in flashbacks potentially. This could give Marvel Studios a chance to introduce the Negative Zone as a place where they’ve been lost for decades, but they aren’t aware of how time works there. The Fantastic Four’s legacy can also be seeded into the MCU’s past, potentially tying their past missions to SHIELD. So even if John Krasinski isn’t Mister Fantastic in the MCU’s Fantastic Four movie, Doctor Strange in the Multiverse of Madness‘ tease of the team’s origin should remain.

Cooper Hood is a news and feature writer for Screen Rant. He joined Screen Rant in late 2016 following a year-long stint with MCU Exchange, which came after first developing an MCU blog of his own. He graduated college in 2016 with a Bachelor’s degree in Media & Public Communication, with a minor in Media Production. Cooper’s love for movies began by watching Toy Story and Lion King on repeat as a child, but it wasn’t until The Avengers that he took an invested interest in movies and the filmmaking process, leading him to discover the world of film journalism. Every year Cooper looks forward to seeing the latest blockbusters from the likes of Marvel, DC, and Star Wars, but also loves the rush to catch up on Oscar films near the end of the year. When he isn’t writing about or watching new releases, Cooper is a fantasy football obsessive and looking to expand his Blu-Ray collection – because physical media is still king! Follow Cooper on Twitter @MovieCooper.