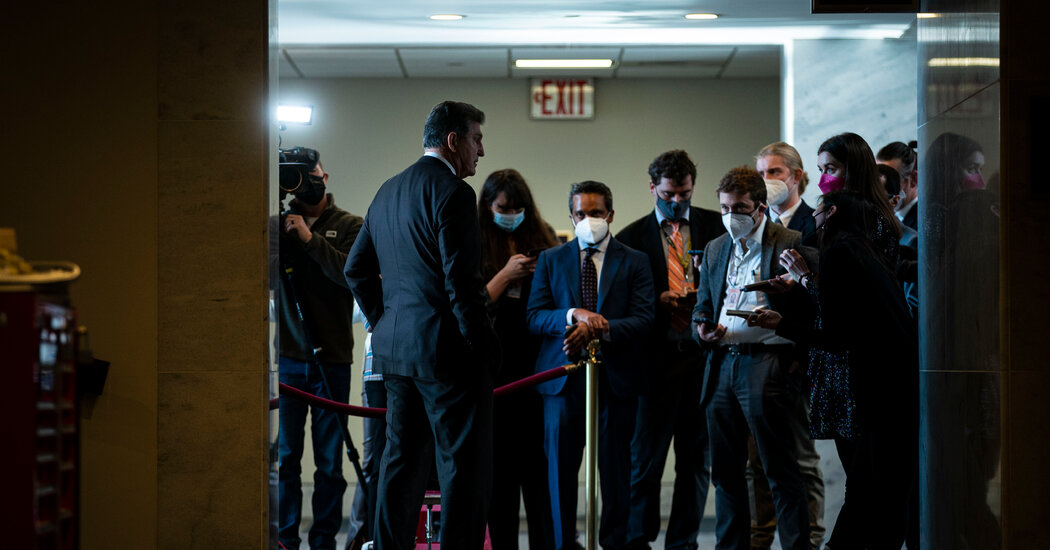 At least two Democratic senators, Kyrsten Sinema of Arizona and Joe Manchin III of West Virginia, have said they would not take part in such an effort, arguing that it would irreparably damage the Senate. Mr. Manchin opposed the previous changes and on Tuesday reiterated his reluctance despite his backing for the voting rights bills.

“I mean, voting is very important. It is a bedrock of democracy,” Mr. Manchin told reporters. “But to break the opportunity for the minority to participate completely — that’s just not who we are.”

As part of the effort to win their backing, Democrats on Tuesday brought in two Harvard professors, Steven Levitsky and Daniel Ziblatt, the authors of “How Democracies Die,” for a luncheon presentation on their book exploring how political leaders can gradually subvert democracy to solidify their power.

Despite some claims to the contrary, the filibuster is not enshrined in the Constitution, nor was it prescribed by the nation’s founders, even though they did call for supermajorities on issues such as treaties. It has evolved through changes to Senate rules over the centuries, and is most associated in the 20th century with efforts by segregationist Southern states to block civil rights bills — an ugly past that Democrats claim is being replayed today.

The filibuster has been modified repeatedly — and upended altogether for nominations and some budget bills. In recent years, it has become an almost constant phenomenon in the Senate, as both parties have relied on it to thwart the opposition, often grinding the chamber to a halt and making legislating impossible except in crisis situations such as the pandemic and grave economic threats.

But the idea of changing the filibuster has drawn fierce pushback from Senate Republicans led by Senator Mitch McConnell of Kentucky, the minority leader, who is threatening retaliation if Democrats proceed.

Frustrated like many of his colleagues, Mr. Manchin has expressed support for requiring senators to engage in a talking filibuster and hold the floor while they are blocking legislation. Many Americans recognize this scenario from the movie “Mr. Smith Goes to Washington,” when the naïve but principled senator played by Jimmy Stewart took to the floor for a talkathon aimed at stopping a land grab.