Characters That Never Met But Should Have, According to Reddit 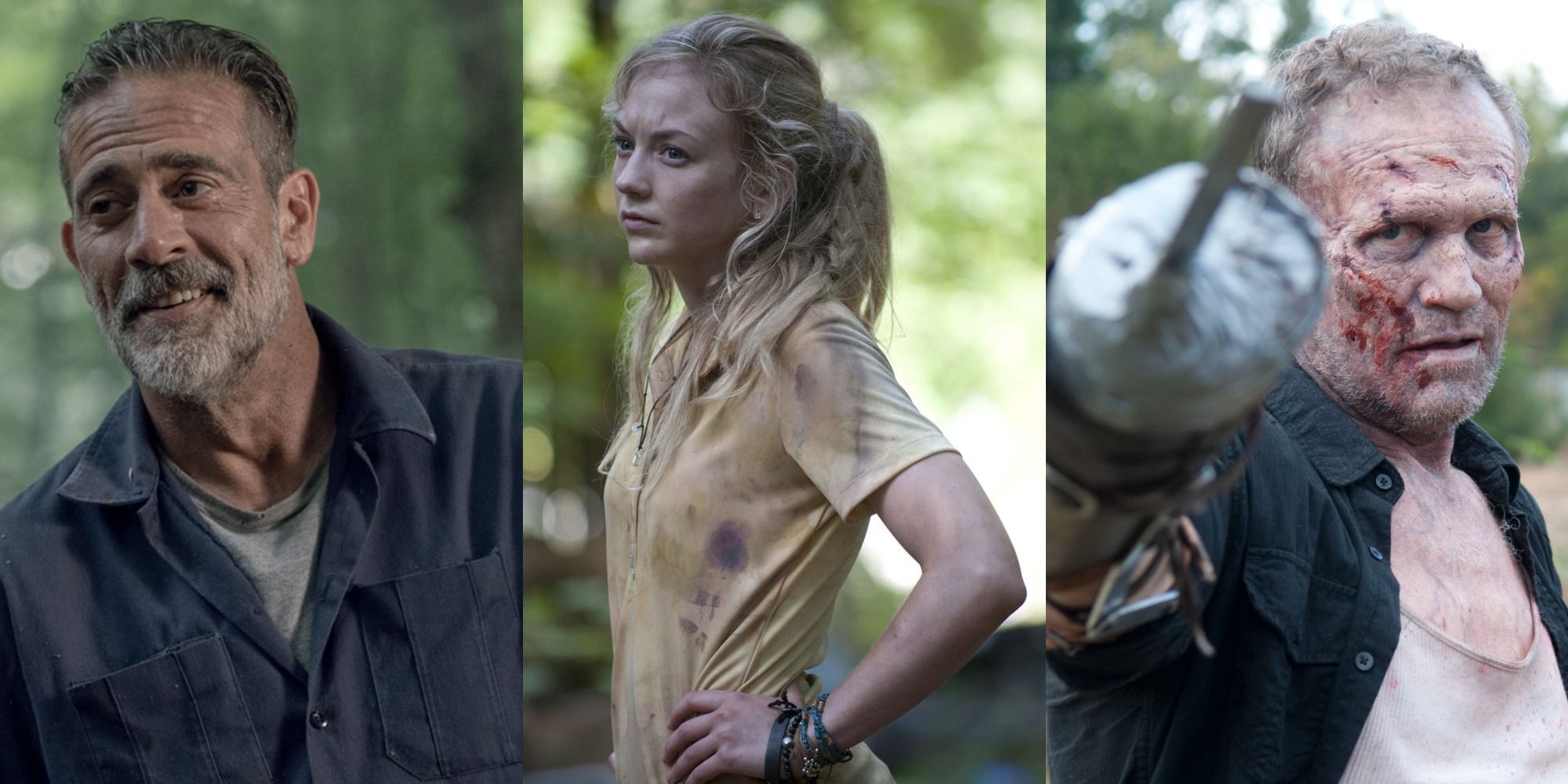 
As fans await the impending final part in the last season of The Walking Dead, there’s a lot to look forward to, but much more to look back on.

Throughout eleven seasons, this show has seen many characters come and go. There have been some fan-favorite characters, villains fans love to hate, and villains no fan liked. Though there have been some outstanding interactions between characters, the audience has not had the pleasure of seeing all major players interact. Some Reddit fans have ideas about what characters would have had interesting interactions had they ever met.

Though there was technically some crossover between the episodes before Merle’s death and Sasha’s first appearance on The Walking Dead, these two never actually have a face-to-face chat. While Merle was cruel and often derogatory, Sasha was headstrong and unwilling to put up with anyone’s crap.

Related: Most Unexpected Character Deaths on The Walking Dead, Ranked

Some fans think it would have been interesting for these two complex characters to go head-to-head. Reddit user onesmilematters said, “The Merle/Sasha scenes would have been awesome.” This fan feels like Sasha would have been an excellent match to Merle’s unruly manner.

Milton and Eugene are perhaps two of the most controversial characters, with many finding them annoying and cowardly and some believing they eventually redeem themselves. Though Milton died before Eugene’s introduction, it would have been interesting to see these two smarty-pants interact.

Some fans love the character so much that they proposed a Walking Dead spin-off series for Rosita, though that would only happen if she lives at the end of the series finale. People love Rosita’s confidence and strength and some believe she shares these characteristics with the deceased Andrea.

Reddit user verycreativeus3r believes both of these characters “held independence and strength sizable enough to become solo at any time.” Though both of these women went through trials, they came out strong and persistent. If the Governor hadn’t murdered Andrea, it would have been interesting to see these two powerful women interact.

While Merle was the right-hand man to The Governor, Simon was one of the trusted members of Negan’s Saviors (up until his betrayal). Though both of these men were largely villains in their time on the show, some fans still found the characters entertaining.

One Reddit user 3NaviJDA3 said, “Simon and Merle would be EPIC.” These two men had very strong personalities and were often volatile when provoked. It would have been a scene to see them side by side, either on the same team or against each other.

Though Negan has his share of horrible moments, leading some episodes of The Walking Dead fans can’t watch twice because they’re so gruesome, he wasn’t the only sadistic leader on the show. Gareth, the leader of the cannibalistic Terminus group, was one of the most disturbed characters ever.

Reddit user Infinity_Crusade thought an interaction with these two would be interesting, suggesting “Negan would force [Gareth] to eat his own foot or another body part.” Though Negan did some disturbing things of his own, he would have probably been shocked to run into a group of cannibals.

Though Beth technically met Judith, she died when Judith was still an infant. It would have been nice to see her interact with the girl the way the others who helped protect and raise her did. Reddit user No_Birthday4731 said, ” Beth and older Judith would have been amazing, she did so much for her when she was a baby.”

If Beth was one of the Walking Dead characters that lived, she could have been one of the people to positively influence the younger generations.

Though Shane died several seasons before Negan was introduced, fans are curious how these two would have interacted had Shane lived.

Related: 10 Characters Who Should Be In The Rick Grimes Movies

Reddit user marioposty said, ” I’ve always been curious how Shane would’ve been towards Negan when Negan was FIRST introduced.” Shane was first introduced as a hero but turned out to be a villain. Negan was the number one bad man for a while but then changed to be a part of the group. While Negan’s do-gooder personality would certainly clash with Shane now, Savior Negan could have hated Shane or loved him.

Hershel and Gabriel have similar personalities and are both known for their devout faith.

Related: Relationships That Deserved More Screen Time On The Walking Dead, According to Reddit

It’s an interesting concept to wonder if these two would have gotten along if they had met. Reddit user TheFitz02 certainly thinks their encounter would be fascinating, but they don’t specify why. These two are both courageous men who became great leaders in their time. However, Hershel may have not taken so kindly to Gabriel when the first encountered him, considering he turned away his parish when the apocalypse began.

Alpha was the first major villain for the group after they lost Rick, though it was many years later. There weren’t many enemies Rick didn’t face without feeling victorious, so many fans believe things may have turned out different when the Whisperers came if Rick wasn’t gone.

Reddit user SurfiNinja101 thought, “If Rick was there the Whisperers wouldn’t have been a threat for long. He’d been able to identify how problematic they were and how a treaty could never last long.” In a “What if…?” scenario Rick may have gone either way with Alpha: wage a war or tried to agree to a treaty as the group did initially.

Morgan was around for the war with the Saviors, but he never actually had a one-on-one encounter with their infamous leader Negan.

Considering Morgan lost a lot during the war with the Saviors (and had another mental break from reality), the audience can imagine he wouldn’t be too fond of Negan. On the other hand, Morgan always struggled with what he felt was right and his belief that all life is important. Reddit user PeteyOWheatstraw wondered, “If they met out “in the wild” without anyone else around, would Morgan even recognize Negan?” While they haven’t interacted, it is still possible these two survivors will one day share some words.

Next: 10 Best Moments In Season 11 Of The Walking Dead, According To Reddit

Jordan is a graduate student currently enrolled in a Popular Fiction and Publishing program. She is an adamant reader but enjoys watching TV and movies as much as opening a good book. Analyzing media is a quirky pastime Jordan has turned into a passionate hobby.