Butcher’s Darkest Lie Makes Him the Evil Opposite of Homelander 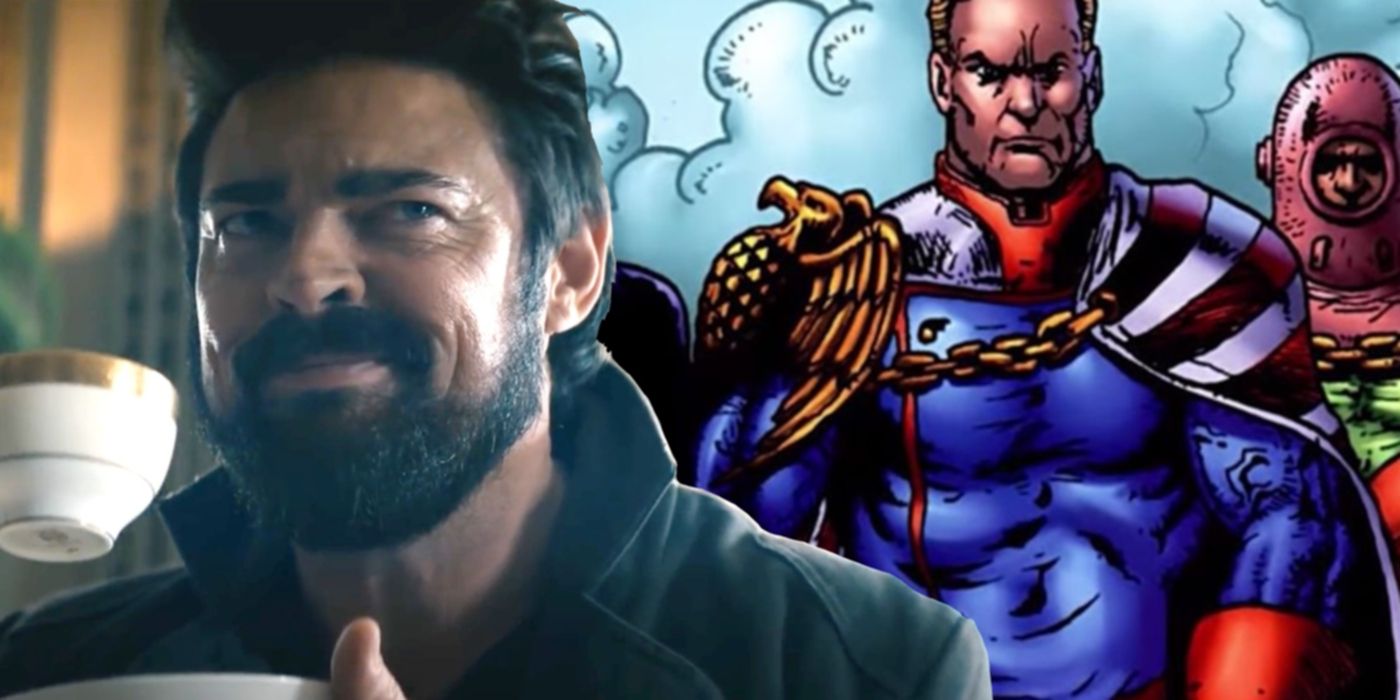 
While Billy Butcher of The Boys absolutely despises Homelander, the two were shown to be more similar than he thought thanks to his bloodiest lie.

Warning! Contains spoilers for the ending of The Boys!

Despite being a world filled with superheroes, The Boys is rife with psychopaths such as the Homelander and his chief rival, Billy Butcher. While Vought’s number one hero is presented the story’s central villain, Butcher’s worst moment shows that he’s a dark reflection of his most hated enemy.

The twisted tale of The Boys centers around two men who are collision course with one another against the backdrop of corporate superheroes. After Butcher lost his wife to an assault he believes the Homelander committed, he joined a clandestine crew of CIA operatives known colloquially as the Boys to keep superheroes, aka “Supes” in check. As Butcher plays the long-game to get his revenge, the beloved hero, Homelander, starts to crack under the pressures and slowly begins committing more and more depraved acts.

However, when the hero Black Noir reveals he’s been posing as Homelander to manipulate him, Butcher decides to do away with every Supe for good. In The Boys #69 by Garth Ennis and Darick Robertson, Hughie searches for Butcher after he’s killed their teammate, Mother’s Milk. He winds up in a house where Hughie believes The Boys’ original leader, Mallory, may have once stashed the creator of Compound V, Jonah Vogelbaum. Vogelbaum is indeed in the house, but shuffled off the mortal coil, lying dead on the ground. Hughie had initially been lead to believe Vogelbaum was already killed by Butcher by ripping out his throat with his bare teeth. But Butcher jovially tells him that he had tricked Mallory into thinking that by using raspberry jam. Billy deceived his friends and teammates to keep Vogelbaum around so he could work on Butcher’s ultimate plan: a series of bombs with a modified version of Compound V that would kill every Supe on the planet.

While Butcher’s lie about tearing out Vogelbaum’s throat might seem over the top, it’s actually in line with his downright psychotic behavior. Butcher is a brutal, inhumane monster and he knows that is how others see him. Butcher able to fool the people closest to him by playing right into their image of him, not unlike how his hated rival the Homelander did for years.

Of course, Homelander took the opposite approach. He used the privilege of being a beloved hero to hide some truly reprehensible things, such as his treatment of Starlight when she joined the Seven and his planning of the Supes’ coup on the White House. Despite Butcher’s hatred of the hero, he takes a page out of the Homelander’s book to accomplish his goals: using the perceptions others have of him to mask what his true intentions are. The mark of a truly great antagonistic relationship is the similarities two characters share. He may not want to admit it, but Butcher is the other side of the coin as The Boys’ despicable Homelander.

Report: Marvel Comics Could Be Losing the Rights to a Major Character

Justin Epps is either a professional amateur or an amateurish professional depending on who you ask. Wanting to break into entertainment journalism, as well as capitalize on his lifelong hobbies, he’s begun taking up writing jobs starting here at Screen Rant. He’s currently based in South Carolina and wondering if it’s humanly possible to type up 600 articles a month.