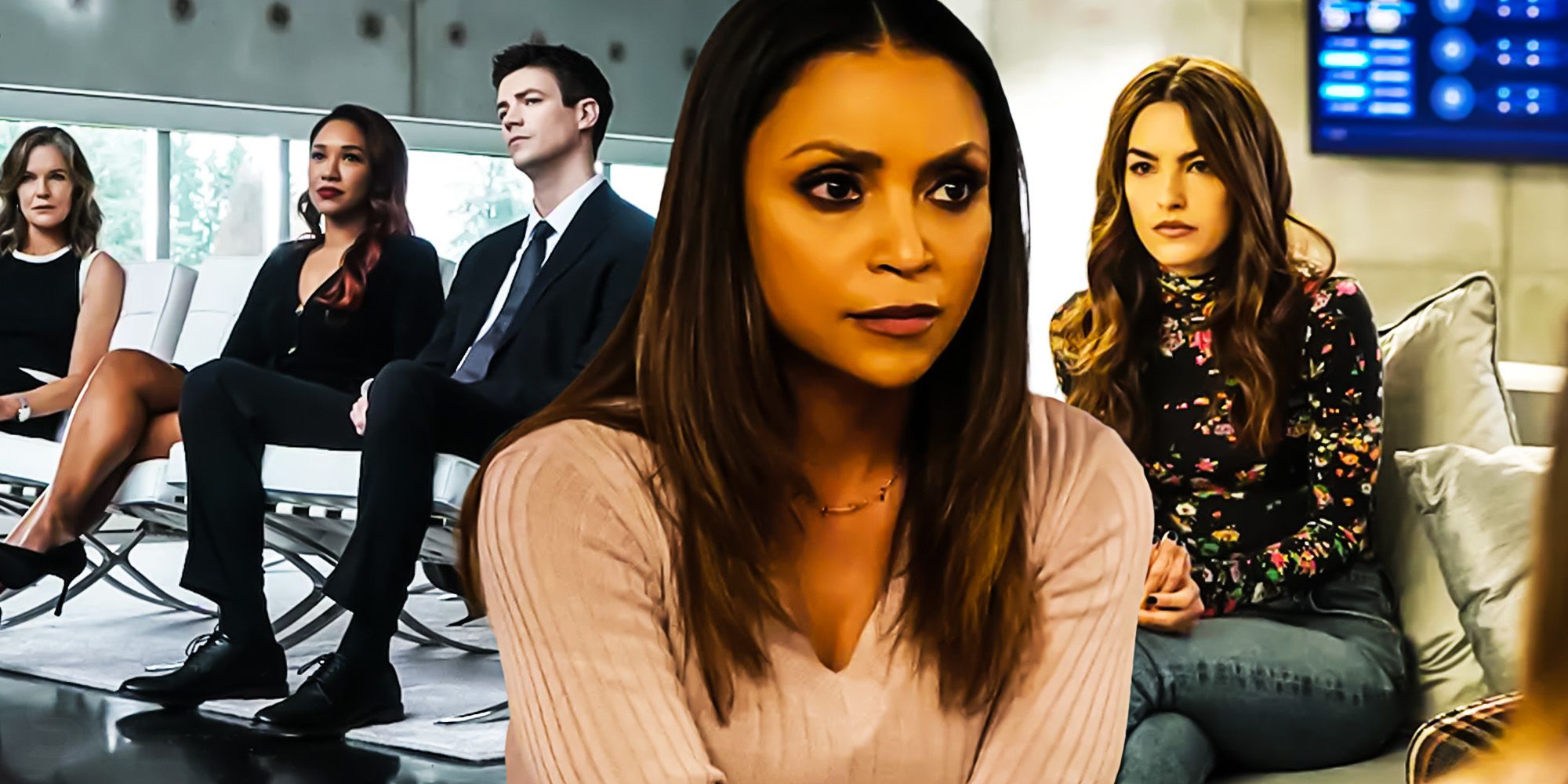 
During the fight with Blockbuster, The Flash finally admitted the biggest problem with Barry’s team in the Arrowverse. But will the show fix it?

During the fight with Blockbuster, The Flash acknowledged Team Flash’s biggest problem. Despite being led by the Fastest Man Alive, Team Flash has endured numerous defeats over the course of the series. The show added to the list when they fought Blockbuster in The Flash season 8, episode 14, titled “Funeral for a Friend.”

Team Flash’s first-ever encounter with DC Comics villain Blockbuster didn’t go so well. With help from Allegra (Kayla Compton) and Cecile (Danielle Nicolet), Barry (Grant Gustin) attempted to thwart a robbery made by Blockbuster but ultimately came up short. Since Blockbuster was able to keep Barry busy by endangering civilians, Cecile and Allegra were forced to face him without their help. Their failure was later attributed to the tragic loss of Frost (Caitlin Panabaker), whose death had devastated the entire team. But in the end, the group persevered through their problems and subdued Blockbuster offscreen.

Related: Even The Flash Admits Eddie Thawne’s Death Was Pointless

Their victory doesn’t erase the searing insult Blockbuster delivered to Team Flash at the end of their first fight. After gaining the upper hand, the villain called them the “worst heroes ever”. And although Barry Allen offered an excuse for their failure, it’s worth noting that this wasn’t the first time that Team Flash lost a fight they should have won. Through Blockbuster’s insult, the show finally admitted how ineffective the team may be. While “worst heroes ever” may be a bit harsh, it is true that Team Flash has had to go through several unnecessarily difficult struggles in recent years.

Due to the vast amount of experience Barry has in the field, beating metahuman criminals should come naturally to him at this point. After all, his speed makes him one of the most powerful superheroes in the Arrowverse. Armed with this power, he should have been able to save the bystanders and stop Blockbuster without having to put that burden on Allegra and Cecile. Unless facing villains as powerful as Despero or Deathstorm, Barry should have what it takes to fly solo. And with allies, there are few (if any) metahuman criminals who should be capable of challenging him. Yet, too often has Barry had to rely on numbers, complex strategies, and gadgets to take down a singular opponent.

Though The Flash season 8 has been described as the chapter where Barry will finally become the hero he is in DC Comics, the team itself still has plenty of room for improvement. Getting better is possible, especially since rebuilding is likely in order anyway. With Frost gone, it may not be long before Team Flash reshuffles its roster and perhaps even adds a new metahuman hero or two to the group.

The Flash releases new episodes on Wednesdays on The CW.

What’s Going On With The Offer’s Al Pacino Impersonation?

Nicholas Raymond is a staff movies & TV features writer for Screen Rant. He has a degree in journalism from the University of Montevallo, and is the author of the psychological thriller and time travel novel, “A Man Against the World.” Nicholas’ love for telling stories is inspired by his love for film noir, westerns, superhero movies, classic films, and ancient history. His favorite actors are Tyrone Power and Eleanor Parker. He can be reached by email at cnrmail@bellsouth.net and on Twitter at @cnraymond91.