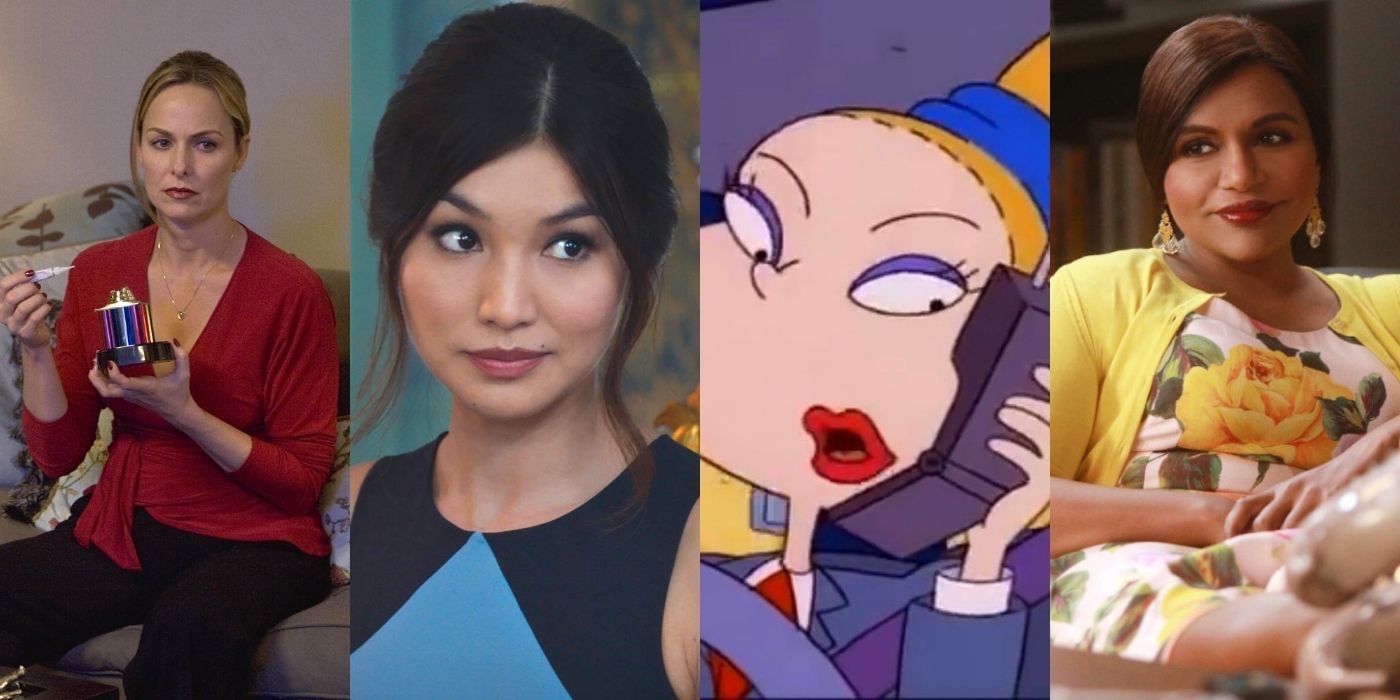 While Bravo fans have celebrities and well-known influencers in mind that would make great Housewives, there are a plethora of fictional characters that would make amazing Housewives for different cities in the franchise. From Rugrats’ Charlotte Pickles to Parks and Recreation’s Donna Meagle, these women would be stars on Bravo.

Moira Rose from Schitt’s Creek would make an excellent Housewife for The Real Housewives of Beverly Hills. Considering that’s where she and her family hailed from, many of her Moira-isms, fashion selections, and lifestyle choices scream 90210.

Moira was known for her wigs, dialect, and love for the theatrics. After her family lost everything and wound up in the small town of Schitt’s Creek, Moria had no choice but to leave her wealthy ways behind as she adapted to a new lifestyle.

Gloria would make a great Housewife because she’s a Housewife in Modern Family. Seeing her on The Real Housewives of Orange County would fit best as cameras followed her crazy life with her older husband and his extended family.

Her relationship with Jay and becoming a mother of two later in life would make hysterical storylines. She also became a business owner and realtor later in the series when she felt like she needed something for herself. Her storyline would be relatable and her stunning looks would be emulated.

Donna Meagle had some of the best quotes and was everyone’s favorite office manager from Parks and Recreation. She came a long way since season 1 and truly came into her own by the end of the series. What fans loved most about her was her independence — she didn’t need a man or friend to confide in. She lived by Donna’s time.

With Donna living in Indiana, she’d make a great addition to The Real Housewives of Potomac if she were to make a move down the coast. Her love for designer things, her Mercedes, and her busy social life would make

Jan Levinson was more known for her relationship timeline with Michael Scott on The Office. As the former vice president of Northeastern sales, Jan was a woman of power and loved intimidating her subordinates, including Michael.

However, Jan’s erratic behavior led her to lose her job and ending her relationship with Michael. She’s messy, chaotic, and gorgeous — all the makings of a great Housewife. Since Jan lived in New York City and Scranton, she would amazing to watch on The Real Housewives of New York or New Jersey.

The only animated character on this list, Charlotte Pickles is the ultimate Housewife. She’s the CEO of a company, a mother, a wife, and the ultimate badass. Whenever Charlotte was shown on Rugrats, she was busy making business deals or on the phone with her assistant.

Some may say that Dr. Mindy Lahiri wouldn’t work on RHONY because she’d be too infatuated with celebrities and high-priced things, but that’s exactly how Gina is on RHOC,  which is why she has such a large following.

The Mindy Project’s Mindy Lahiri is a doctor, lover of food, and obsessed with romantic comedies. Seeing her social circle come to life on screen would be fun to watch. Mindy doesn’t back down from a fight but does find herself in dramatic situations from time to time. She also has some of the best outfits on The Mindy Project, which all Real Housewives fans can appreciate.

Although Crazy Rich Asians is a movie and not a TV show, Astrid Leong-Teo deserves to be on The Real Housewives. As a Singaporean socialite, Astrid doesn’t just come from money, she makes her own money as well.

In the film, Astrid spent millions on jewelry and owned multiple apartments around Singapore. Astrid had some of the best outfits and made people’s heads turn. She had a quiet strength as a mother, wife, and member of a wealthy family. It was her mystery that made her so enchanting. On The Real Housewives, her riches would blow everyone else out of the water.

Samantha Jones (Sex And The City)

Every Real Housewife fan loves a good transformation. Whether it’s for the better or worse, there’s nothing like watching a character change due to the decisions they made. Sex and the City’s Samantha Jones was made to be on The Real Housewives.

RELATED: Samantha’s Slow Transformation In Pictures Throughout Sex And The City

As a public relations guru, notable single woman, and fashion icon, there’s no one better suited for a life in front of the cameras than Samantha Jones. Her on and off relationship with Smith Jerrod would prove interesting, and so would seeing her career on screen.

Emily Gilmore is a no-nonsense woman who wouldn’t put up with the other Housewives’ behavior if she joined the series. On Gilmore Girls, Emily got married at a young age and married someone of means. Her dream was to have her daughter Lorelai grow up in the same societies she did but atlas, Lorelai had her plans.

Emily’s distrust of her daughter, bond with her granddaughter, and new life after the death of her husband Richard are all reasons why her storylines would be interesting. Emily is also a cutthroat woman who didn’t care who she stepped on as long as she got her way.

Arrested Development’s Lucille Bluth is another perfect woman for The Real Housewives.  From dry martinis to her family’s legal troubles, Bluth would fit right in with the other women.

More notably, her origin story would be an interesting storyline in her franchise. From falling in love and marrying brothers to her complex relationship with her kids, she’s the ball-buster every franchise needs. Fans of The Real Housewives would love Arrested Development because of Lucille and vice versa.

NEXT: 10 Shows To Watch If You Liked Arrested Development

Lynn is a nomad who travels the globe on the hunt for her next adventure with her husband. A lover of being outside (and finding the best latte in town), Lynn is typically hiking, walking, or jogging when she’s not focusing on her love of writing. When it comes to shows streaming on Netflix or anything Bravo-related, Lynn’s your gal.