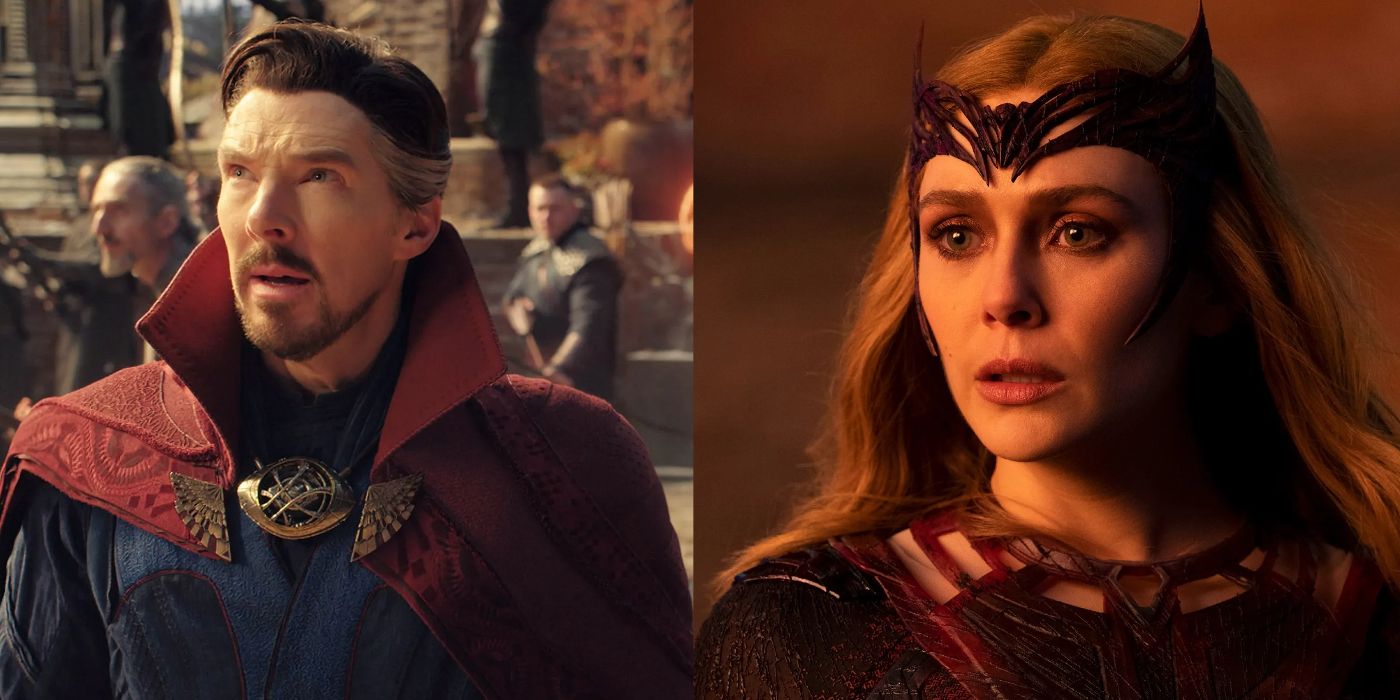 
As Doctor Strange in the Multiverse of Madness continues to shatter 2022 box office records, it’s worth noting the major role music plays in the crowd-pleasing blockbuster. While the official soundtrack is scored by the superstar composer Danny Elfman, director Sam Raimi wisely uses music from other MCU outings, curating a deft balance of musical score with preexisting source music to create unforgettable ambiance and atmosphere.

Whether it’s classic compositions from Bach and Beethoven, jazzy instrumentals, soulful ballads, and musical cues that reinforce the movie’s themes, the best songs used in Doctor Strange 2 are a timeless mix of memorable orchestration.

While most of the interstitial music is composed by the great Danny Elfman, one of the smartest things Sam Raimi did was reuse the familiar refrain of the main theme used for Doctor Strange. The gorgeous Michael Giacchino instrumental immediately puts viewers back to the time they saw the first film and plays on their nostalgia as the new story unspools.

RELATED: The 10 Best Quotes In Doctor Strange In The Multiverse Of Madness

With sad and somber notes to begin the nearly seven-minute-long theme, the track evolves to become thunderous orchestration that is far more uplifting and optimistic, traits required by Stephen Strange (Benedict Cumberbatch) to contend with the accursed multiverse. A great callback!

As its title suggests, the thematic heft of the entire film is written into the musical notes of “Multiverse of Madness,” the dreamy Danny Elfman-composed track immediately sets the tone, tenor, and temperament of the character and his actions to come. Like a true operatic arrangement, the song begins slow and quiet before exploding into a rousing crescendo of sound. In many ways, it mirrors Strange’s arc.

Also playing over the second end credits, the song has a sense of finality to it, giving the song an added sense of gravity that is both haunting and oddly pressuring at once.

Ripped right from the opening title track of the 1976 album Cosmic Beam Experience by Francisco Lupica, the jazzy psychedelic rock song perfectly encapsulates the trippy transcendental themes of Strange’s perilous journey through the fabric of space and time. Groovy, upbeat, and colorful as can be, the polyrhythmic track is the perfect antidote to the slower and sadder music played throughout.

The obscurity of the song goes well with the far-reaching originality of the movie, which is quite a contrast to the first Doctor Strange movie. Director Scott Derickson opted to use hit pop songs like Beyonce’s “Single Ladies” for ironic purposes. For the sequel, Raimi wisely went the opposite route by reinforcing the outlandish and exotic themes of the movie with awesome international music few people know of.

All I Have To Do Is Dream – The Everly Brothers

Also heard in some of the trailers for the film, Raimi brilliantly uses a well-recognized hit pop song from the 1950s to thematically convey being stuck in the past. The Everly Brothers’ “All I Have To Do Is Dream” also hints at the surreal, nightmarish nature of Strange and the others being stuck in a liminal state of consciousness as they navigate the multiverse.

Moreover, with Wanda (Elizabeth Olsen) playing a big role in the film, the song calls to mind how the producers of WandaVision used the song “Daydream Believer” in a similar way, tying together the notion of the multiverse possibly being a dreamy hallucination, a Raimi trademark. A subtle touch indeed!

Oscar Peterson’s sumptuous jazz piano instrumental version of “Every Time We Say Goodbye” is a beautiful slow song used to convey the impending sadness of parting with a beloved one. Not to spoil the action for those who’ve yet to see the film, but it comes during an emotional moment in the story that is bound to say with viewers for some time.

The classic jazz song was written by the legend Cole Porter in 1944, again alluding to the timeless nature of the plot as characters whisk back and forth through the 4th dimension. It’s a gorgeously simple arrangement on its own, but when contextualized, the song hits much harder.

One of the coolest pieces of music used in Doctor Strange 2 is the crowd-pleasing “X-Men ’97 Theme” composed by Haim Saban and Shuki Levy for the animated X-Men series that ran from 1992 to 1997. Not only is the song extremely uptempo compared to some of the melancholic musical scores it also plays directly to the nostalgia of fans of Marvel going back 25 years.

A lot of time and effort clearly went into choosing what songs to use on behalf of fan service as well as thematic continuity, and the “X-Men ’97 Theme” has momentous drumlines and a triumphant sound that couldn’t make Charles Xavier’s (Patrick Stewart) sudden entrance in the story any better.

Instantly classing up the joint is the sound of Beethoven’s “Symphony No. 5 in C Minor,” which Raimi uses to great diegetic effect in the movie. When Strange is confronted by his evil counterpart who wants to steal Christine (Rachel McAdams), he conjures up the ability to fire musical notes as a projectile weapon, which begins playing songs on impact.

The dueling Stranges begin firing some of the most celebrated classical music compositions at one another in a hilarious showdown that reinforces the absurdity of the plot and pokes fun at the silliness of Strange’s circumstances.

After the good Strange fires a note from Beethoven’s 5th at his doppelganger, the brave but dark alternate Strange retorts by launching one from Bach’s “Tocatta and Fugue in D Minor,” a sinister arrangement that perfectly intones the imposter’s wicked malevolence. Playing the two songs back to back also creates a counterpoint that subconsciously aligns viewers with the good Strange while rebuking the evil one.

Such classical songs are often used as background source music, but here Raimi has the characters literally interact with the most famous works of Beethoven and Bach and turns them into lethal symphonies, doing so in playfully inventive ways that are sure to stay with viewers for some time.

Of all the different Elfman arrangements used in the film, “Gargantos” tends to stick out the most. Named after the giant squidlike monster (Yenifer Molina) from Earth-616 who is summoned by the Scarlet Witch, the song is used when Strange, Wong (BD Wong), and Chavez (Xochitl Gomez) fight Gargantos as well as to relay the emotions of Strange when he has a psychological breakdown before awakening his third eye.

In one of Elfman’s best themes yet, “Gargantos” has all the components of a big, sweeping orchestral MCU score, starting slow and mysterious before climbing to an operatic pitch with booming instrumentation. It feels new and familiar at once, a very difficult balancing act only someone as adept as Elfman could arrange.

One of the big reveals in the movie concerns Wanda and her children. With swelling violins to tug at one’s heartstrings, the song played when Wanda has a candid conversation with her kids before destroying Mount Wundagore is a lyrical piece entitled “They’ll Be Loved.”

Composed by Elfman, the song grows more haunting and angelic as it continues, perfectly embodying the feelings conveyed by the characters in the scene. Whereas most of the songs slowly build to a triumphant peak, “They’ll Be Loved” is more subdued in the way it relays moving melancholy, staying grounded in much the same way Wanda is forced to.

NEXT: All The Deaths In Doctor Strange 2, Ranked By Brutality

Japan to Resume Tourism in June; Only Packaged Tour for Now | Health News

Japan to Resume Tourism in June; Only Packaged Tour for Now...