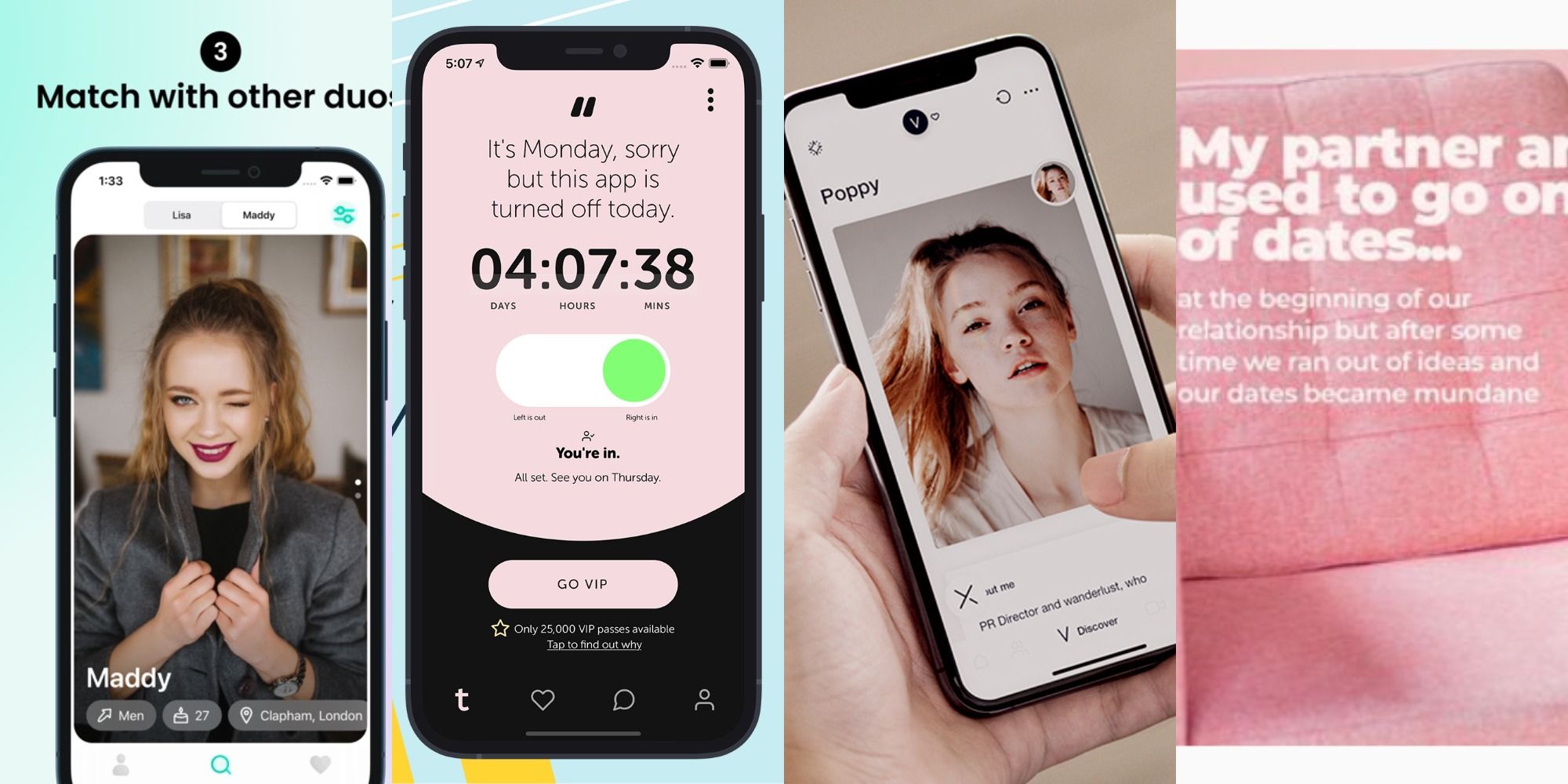 
After the shocking revelations shown in The Tinder Swindler, people trying their hand at love and dating have been intent on looking at other apps to meet singles in their areas. The act of swiping has now become stale and uninteresting, but thankfully developers around the world have taken it upon themselves to take dating to the next level.

This means that the last couple of years have seen a surge in wonderful new apps for people to find love, with different and interesting premises to immerse themselves into. From finding love only on a Thursday, using solely video to express themselves, to enriching existing bonds between people, these newer dating apps have it all.

Dating app fatigue is real, and Thursday aims to fight that by keeping its virtual doors open only on one single day – the titular Thursday. Founders of Thursday believe that the world spends entirely too much time on dating apps, so users can swipe and message on this one day, after which all messages will vanish.

RELATED: 10 Romance Movies Where Those In Love Do Not End Up Together

This members-only app keeps things real, and also organized great events for singles to meet, flirt, and match. The time limit and elusive nature of this app make it intriguing to use.

Iconic movie couples make love look easy, but reality hits quite differently. Every relationship is bound to hit the dreaded slump, and that’s where Sparks comes in. The self-professed “anti-dating dating app” helps enhance existing relationships by eliminating tedious decision-making and introducing date ideas and events which can be booked through the app itself.

For people in long-term relationships who want to keep that initial spark intact, this app is a go-to. After all, dating isn’t just about meeting new people but keeping the best ones around.

Short for Power of Music, POM keeps it real by matching people based on music tastes and a few meaningful questions that the app asks users. For people who are over the endless cycle of swiping on cards, and love music, this app is the way to find a partner or a friend.

It imports one’s music library, asks the questions, and creates an authentic profile based on these two factors. Perfect for lovers of all genres, using the app sounds like the start of a great musical movie.

Abbreviations seem to be the way to go, and Hey I Like You, or HILY, is no exception to the norm. In the age of Reels and Tik Toks, it was only a matter of time before dating apps also moved into a wholly video-based ecosystem. HILY encourages users to post lots of stories, videos, comments and likes, and the AI starts matching them based on their interests.

A bit like social media for dating, HILY keeps users engaged, but also keeps introducing them to others of their kind. Icebreakers and video dates are also a given.

Robyn Exton, the founder of queer dating platform HER, used her own bad experience on dating giants like Tinder and Bumble to create a safe and respectful space for queer and trans folks to be themselves, and find love freely.

LGBTQ+ women are the target audience, and they can use the app in a couple of ways. Looking for partners, sending likes and chat requests is one, and the other is the social networking side which keeps them abreast of queer-friendly events which they can attend for entertainment and dating, both.

Dating app users today are looking for ‘something more’ than just superficial swipes and dates, and S’more gives them just that. Photos can be updated as per usual on the platform, but matches can’t see these photos unless there has been a genuine connection formed between the two.

This means that as matches talk more, the images of their dates unblur further and further until the time they can see each other completely. This is a great way for people to form emotional bonds over getting wooed by an overly-filtered picture.

Just like Bumble, Pickable lets women run the show by being safe, and also anonymous until they choose to reveal themselves. They can look through profiles of men freely, and can send a match request to them with a selfie only at that time, and not before.

There is no need to upload photos and panic over misuse of photos or running into that annoying guy from the office on the app. The ladies hold all the cards and reveal them as they wish.

This app takes things a step further for those who stress about setting up in-person dates (who doesn’t?) and allows people to set up double or group dates with known folks as well as new groups to keep things light, casual, and breezy.

It operates on the philosophy of “the more the merrier” because in case the date doesn’t work out, the user at least got a nice night out of it and met other new people, meaning it’s still a win.

Exclusivity is heady for many, and when creativity gets mixed into it, it makes for a great combination. Victoria The App connects fellow creatives together to explore the worlds of art, fashion, and culture, and they can take things to the next level using the networking and dating features.

It’s easy to find a friend and a lover here, and the app keeps things fresh by organizing events where in-person meetings will be possible for matches.

Another Reel and Tik Tok-based app, The Sauce keeps it snappy and fun by doing away with photos altogether, and only allowing videos on the app. This allows users to assess body language and chemistry with a potential match much better and earlier, to avoid a waste of time.

Chemistry is very important in dating, and The Sauce helps gauge it early on. It’s a truly new-age app if there ever was one.

NEXT: 10 Social Media Documentaries To Stream After The Tinder Swindler

Fawzia is a journalist, photographer, and creative producer, with a love for pop culture, television, and cinema. She has worked the photo desk at GQ Magazine and written for Elle Magazine, The Wire, Times of India, and DSSC previously.